My 3-Day Guide to Nashville

Let me start off by saying that I am in no way an expert on Nashville. I am, however, an expert at exploring a new city by eating my way from one destination to another. So when Max’s mom suggested a fun, quick jaunt to Nashville after Christmas, we set to work gathering recommendations from friends and family who call Nashville home.

We wanted to pack as much goodness into one night and two full days as possible, and I think we did a pretty great job planning our itinerary. Of course, there were a couple of things on the schedule that we didn’t end up having time for, but that just means that we have another trip to Music City in our future.

Without further ado, here’s my three-day (food-centered) guide to Nashville!

Day One:
Let’s say you drove to Nashville from your family’s house in Texas, and let’s say that you arrive in Nashville around 7PM at night, ready to get out of the car and very ready to eat something delicious. If you’re staying in East Nashville**—like we were—you can hop back in that car and drive a mercifully quick five minutes around the block to The Pharmacy. Known for the best burger in Nashville, The Pharmacy also boasts old-fashioned soda fountain drinks like a scratch-made strawberry ginger ale or a classic chocolate phosphate. Equal parts burger parlour and beer garden, The Pharmacy’s menu also features a full selection of house-made sausages. I especially loved the jagerwurst with horseradish mustard. 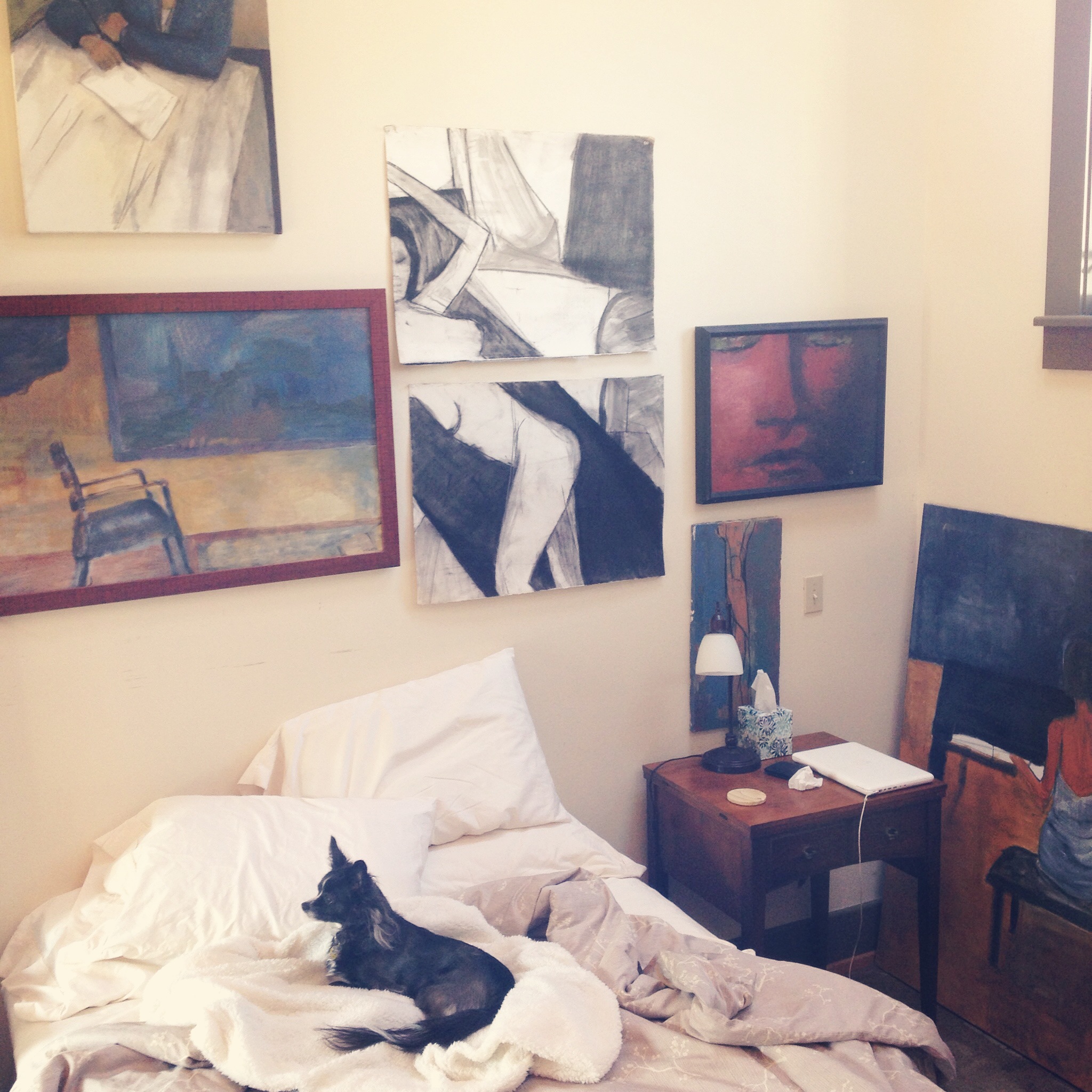 Day Two:
We were planning on checking out Marché for breakfast, but it was closed for the day, so we moved on to our back-up brunch option and headed over to Monelle’s at the Manor. The meals are all served family style around big dining tables in what look to be the dining and living rooms of a grand old manor. Think heaping dishes of mashed potatoes, biscuits, chicken and dumplings, green beans and most importantly, fried chicken. There’s also classic pecan pie for dessert and enough (delicious) sweet tea to wash it all down. 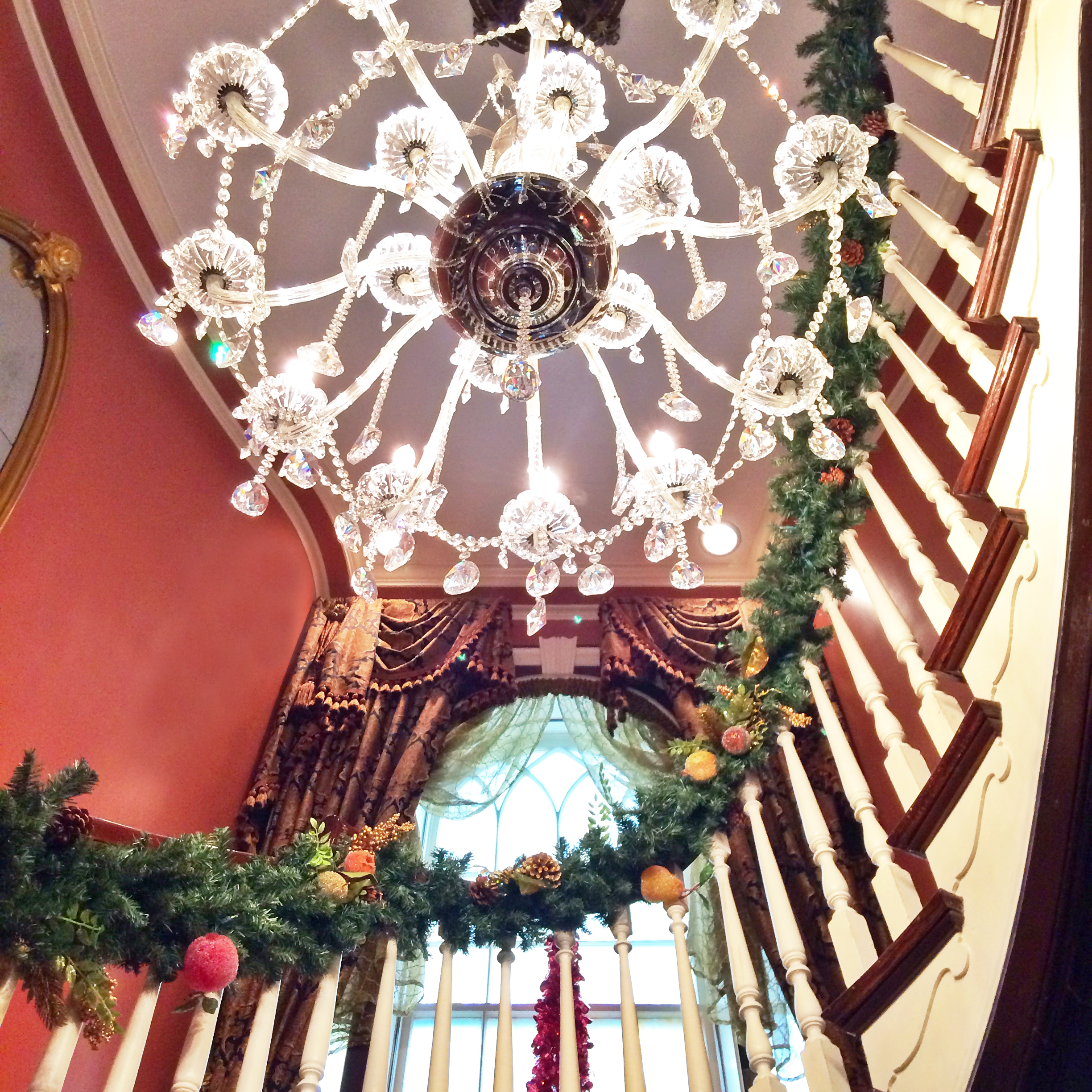 After such a filling lunch, we decided we needed to walk it off, so we headed down to Broadway. Admittedly, this area is pretty touristy, but it’s the kind of place you have to see once. Lower Broadway is lined with neon signs and towering honky tonks leaking muted licks of country classics.

Pinewood Social was next on our list, so as the sun set we headed over to get our bowl on. This establishment bills itself as “a place to meet,” and totally delivers on that promise. It’s probably best described as a complex that boasts reclaimed bowling lanes, a coffee bar, an outdoor pool (for the summer), karaoke and delicious dining. The wait time for a bowling lane ended up being about two hours (!) since we didn’t have a reservation, but we managed to keep ourselves occupied with the food and drink menu in the meantime. Like any good hipster-leaning purveyor of food, Pinewood Social offers a wide selection of artisan toasts. We tried them all, obviously, and they were first-rate. Also super delicious: the fried broccoli with an almond garlic dipping sauce that I plan on recreating as soon as humanly possible. The drink menu was equally as imaginative and impressive, with a range of tasty cocktails like the Mourning Glory (mezcal, Ancho Reyes, guava and lime). 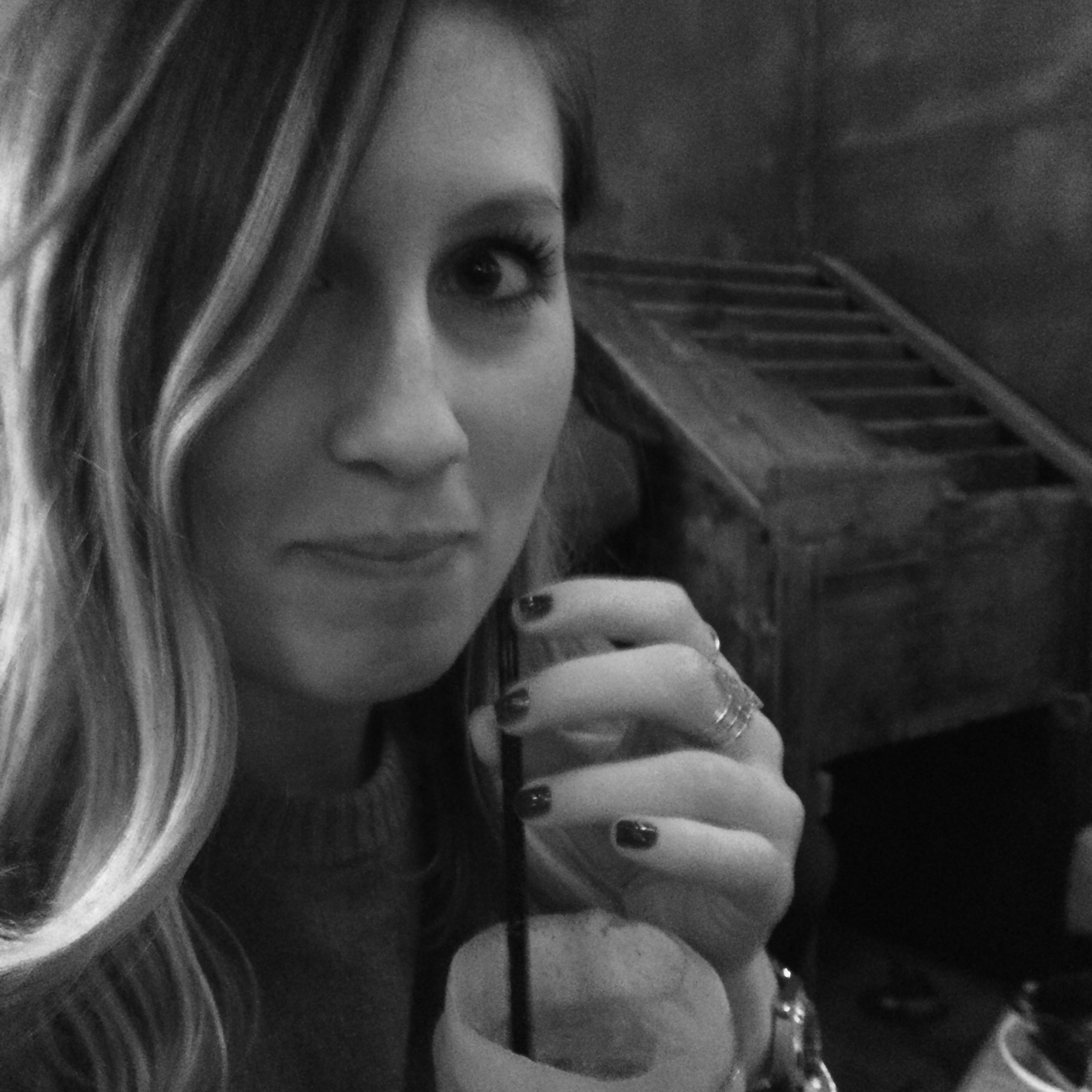 Day Three:
The Tour de Food continued with a long-awaited lunch at Husk. Max and I had been wanting to try Chef Sean Brock’s farm-to-table Southern food since watching him on Mind of a Chef, and Husk did not disappoint. The fancified shrimp and grits with earthy mushroom broth was the stuff Dixie dreams are made of, and the fried chicken was some of the best I’ve ever had. I can’t wait to visit Charleston so I can try Brock’s other outposts. 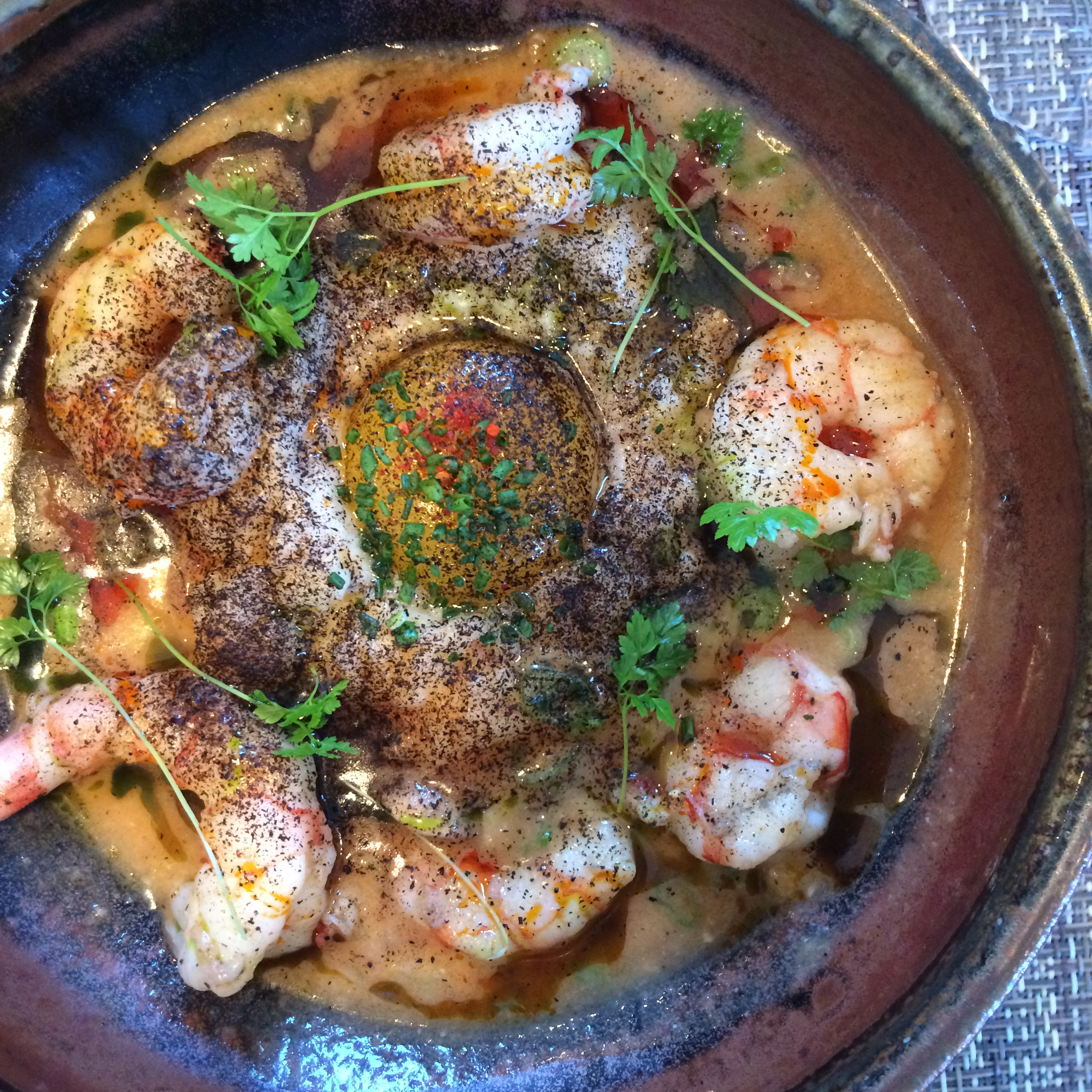 A post-lunch pick-me-up seemed in order, so we headed right down the hill to Crema for a Cuban coffee with sweetened condensed milk. They are clearly very passionate about coffee and roast their beans to perfection in-house.

Since we were already downtown, we headed over the the Ryman Auditorium to check out The Mother Church of Country Music. I spent some time reading about the history of the Grand Ole Opry and perusing displays of old performers’ clothing. So much embroidery. So much sparkle! As the sun started to set beyond the stained glass windows and the Ryman prepared to close to the public for the day, the band that had been casually milling around the stage started doing a sound check. Before we knew it, we were watching Old Crow Medicine Show do a full-on rehearsal for their evening show. Even though we had to leave after one song, we got to experience a secret one-song serenade in the most legendary country music venue there is. 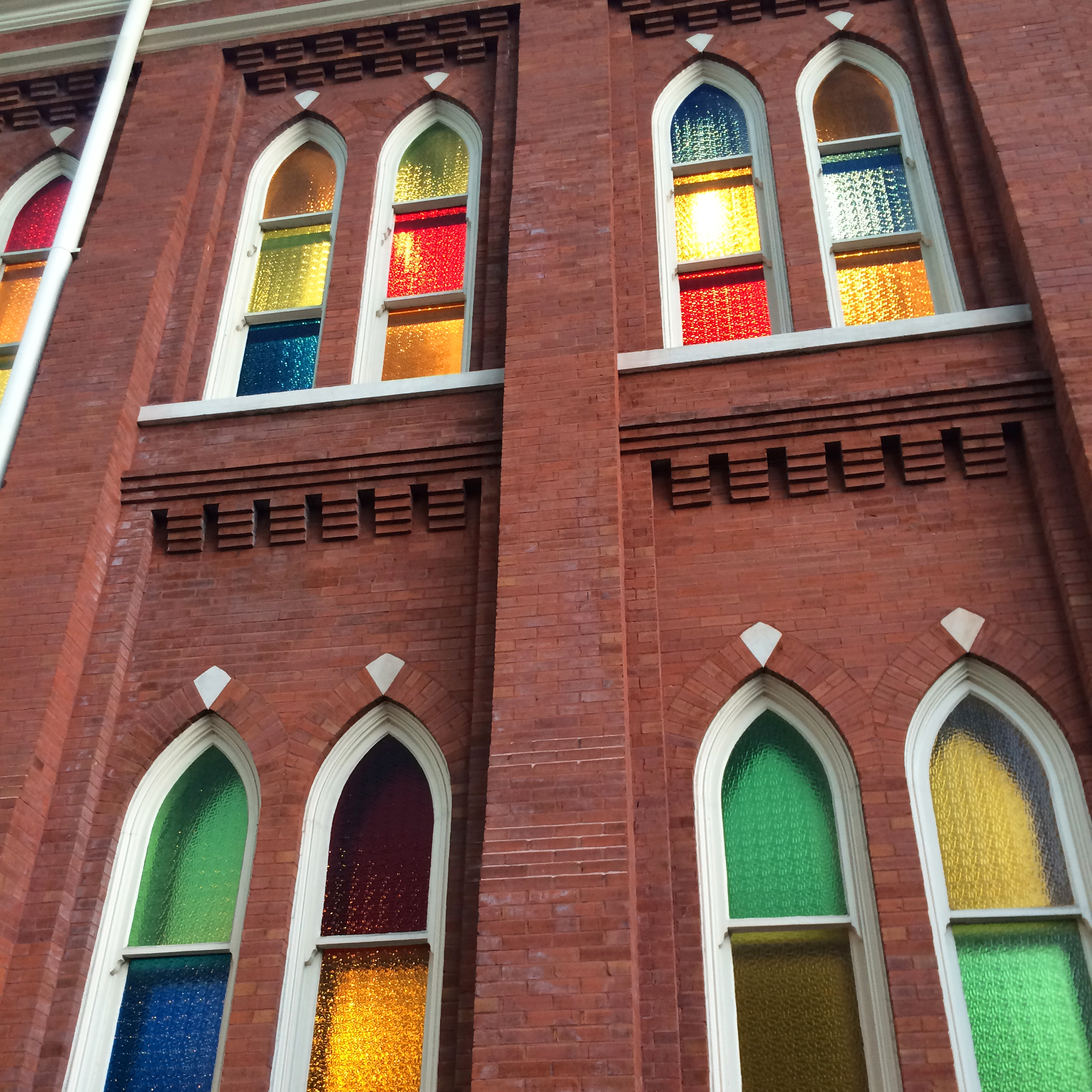 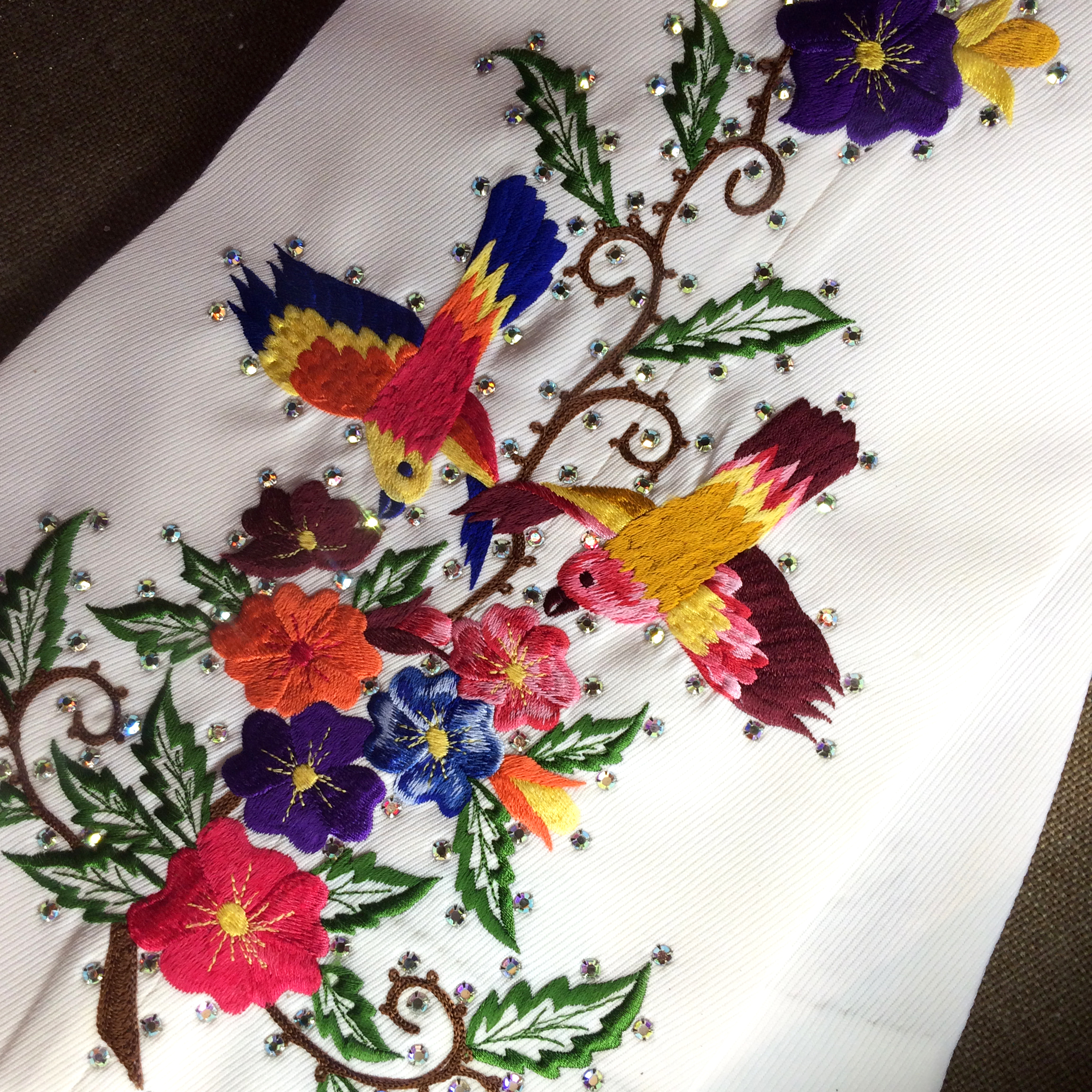 Riding high on a cloud of free country music, we floated over to the legendary Hatch Show Print studio. This renowned letterpress shop has been printing handbills and gig posters for preachers, musicians and more since the late 1800s and is know for its distinctive Americana style. For a design nerd like me, it was a treat to look around the working shop, and it reminded me of my years-long desire to take a printmaking class. 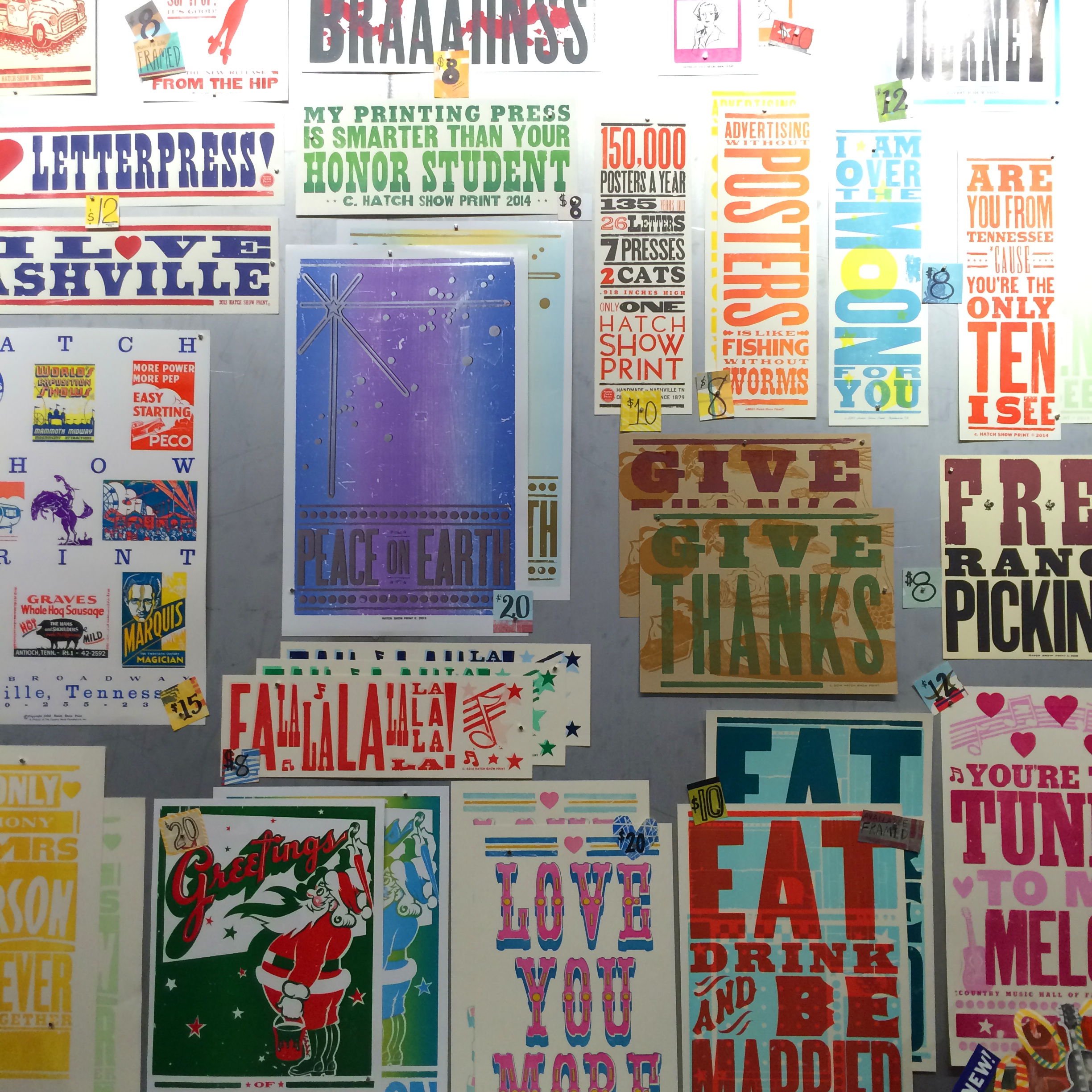 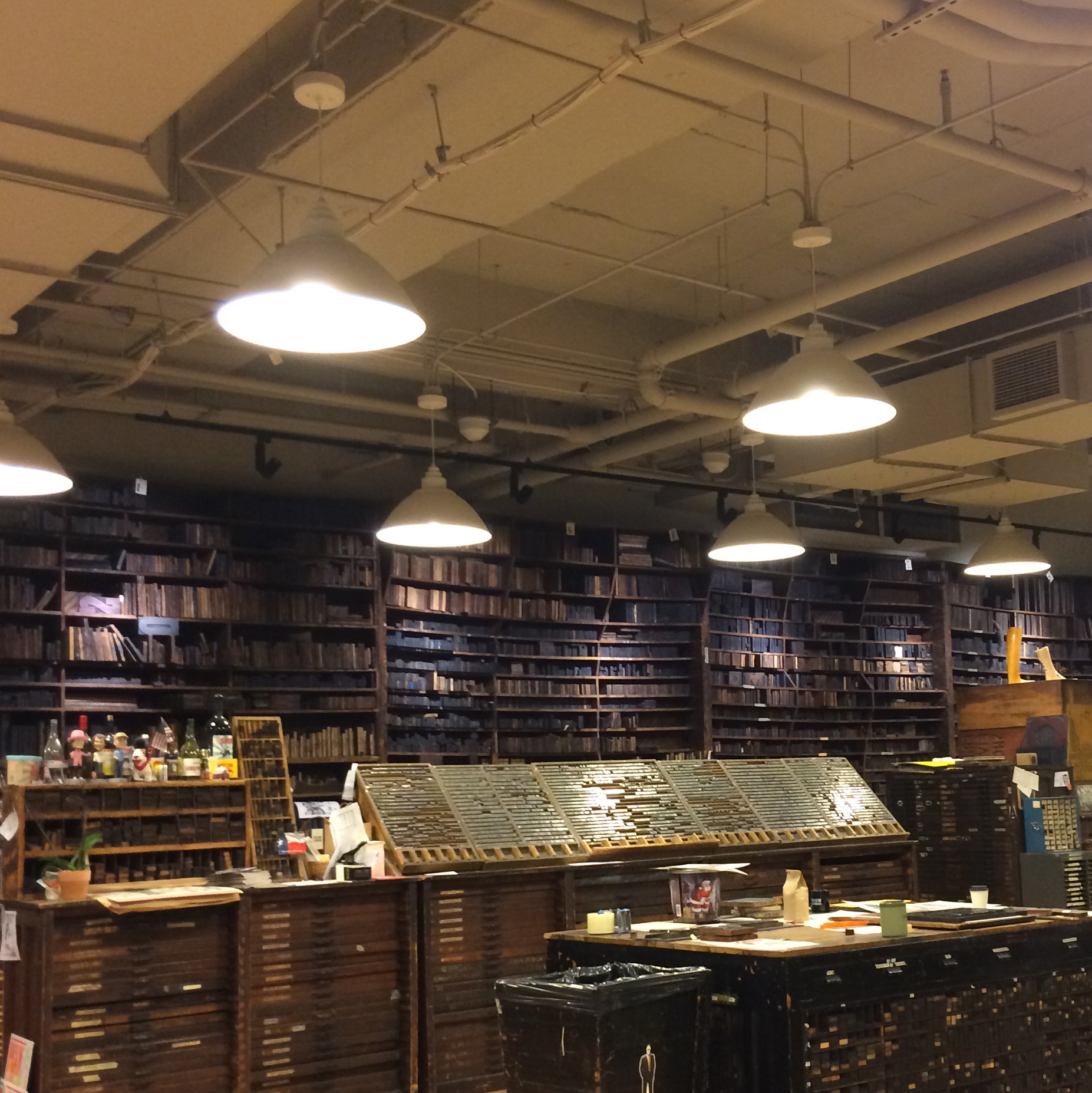 Next comes the amazing experience that was Prince’s Hot Chicken. I was new to the whole concept of hot chicken (fried chicken plus a whole lot of hot sauce and cayenne pepper), but I am now completely addicted. In fact, my mouth waters every time I even think about it. We got to Prince’s around 6:30PM on a Tuesday night, not really thinking that there would be much of a wait. A little over an hour and a half later, we finally left, clutching our bags of hot chicken to our chests while other patrons congratulated us with more than a little envy in their eyes. Having ordered pieces of medium, hot and extra hot chicken (which we were warned against), we armed ourselves with glasses of milk and proceeded to devour all the chicken in about 20 minutes. I tried the medium and hot versions and found them both to be amazingly moist, deliciously crispy and painfully, perfectly hot. I don’t say this lightly: it was worth the hour and a half wait. 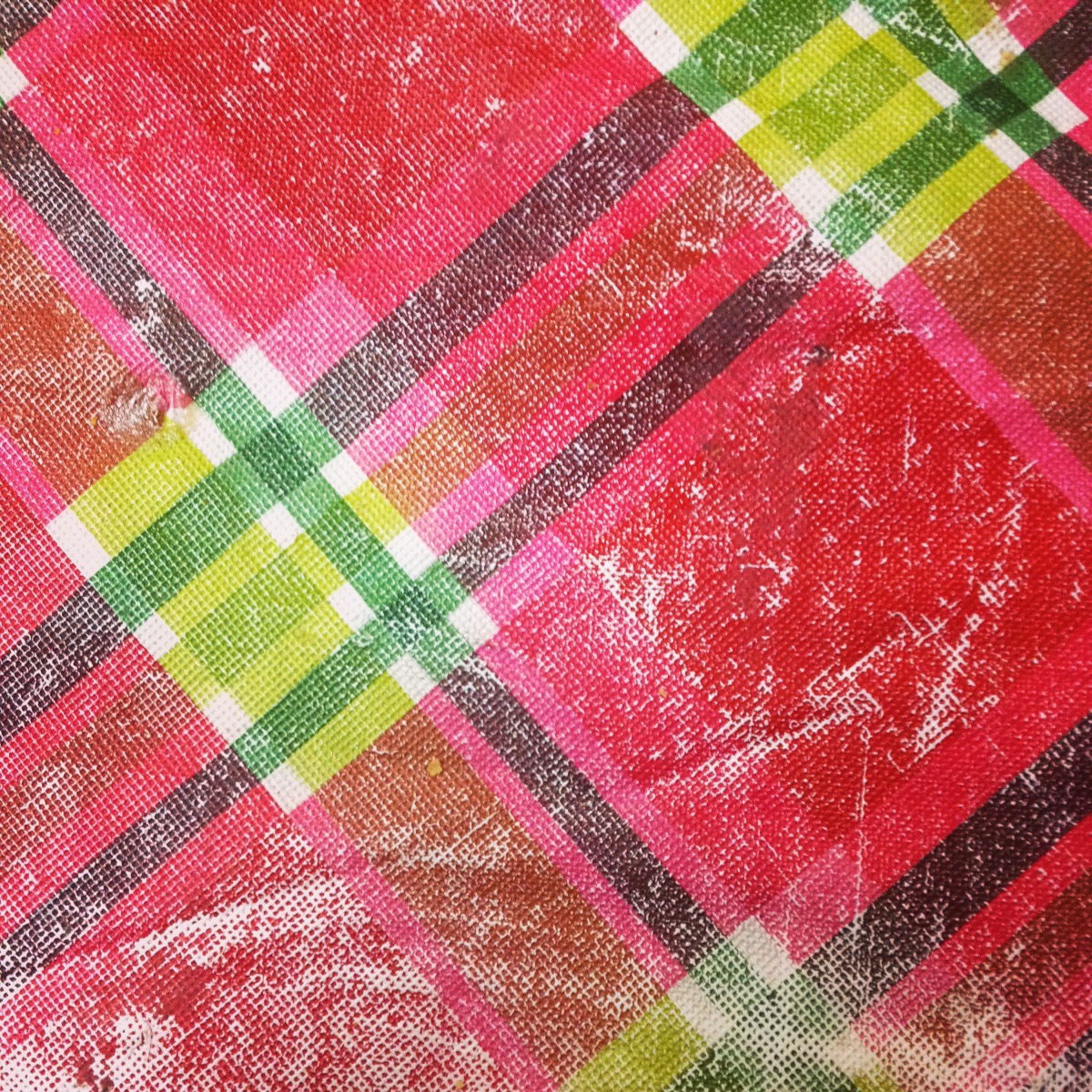 (Note: we scarfed the chicken down so fast that all I got was a picture of the perfectly worn tablecloth.)

After we recovered from our hot chicken binge enough to think about dessert, we walked down the street to Jeni’s Splendid Ice Creams—my all. time. favorite. ice cream. My roommates and I used to hunt down pints of Jeni’s at specialty stores in San Francisco, so it’s always a treat to go to a proper Jeni’s parlour for a scoop of brambleberry crisp ice cream or lemon buttermilk tart frozen yogurt. It was a sweet ending to a truly fun trip to Nashville. 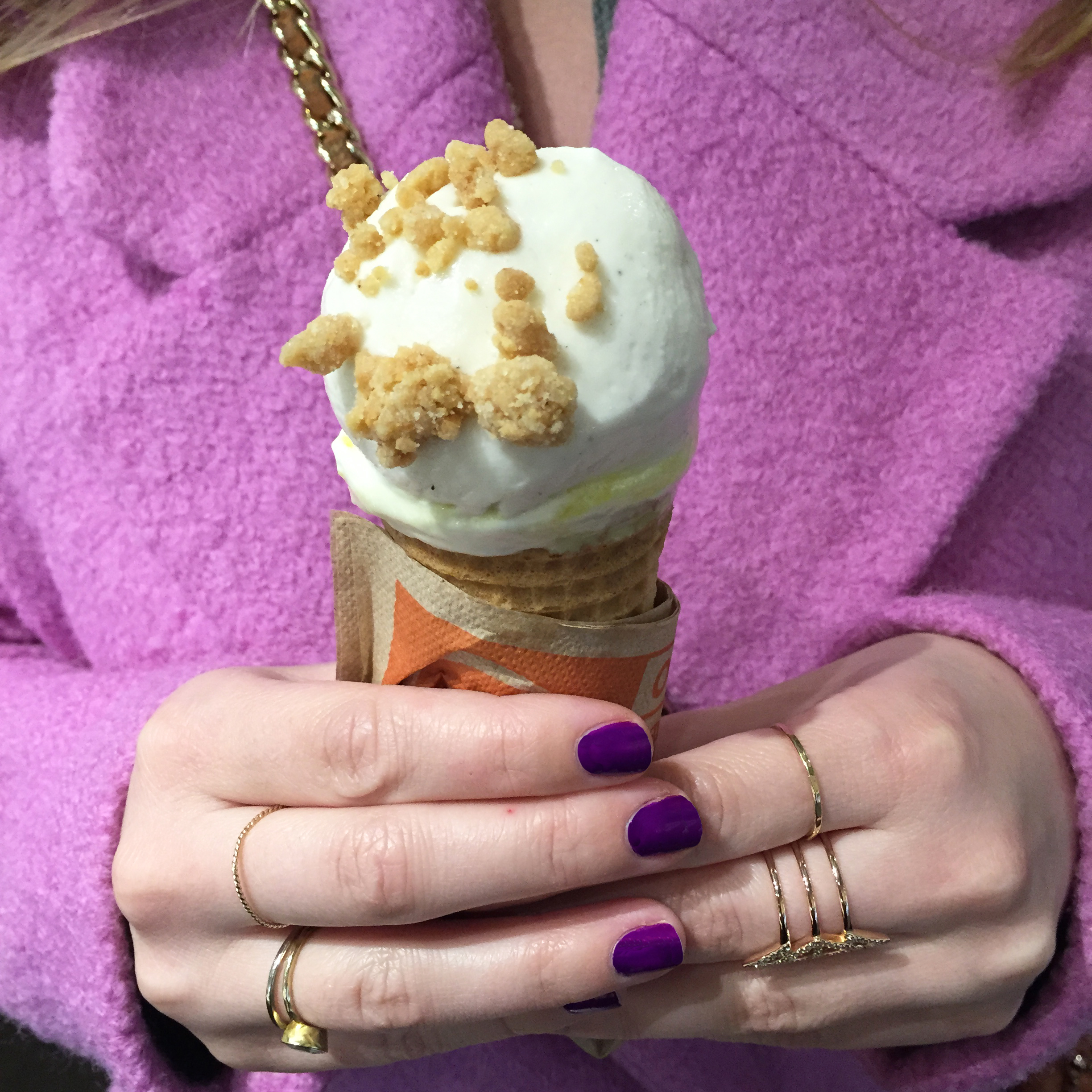 **We stayed at this awesome artists’ bungalow Airbnb in East Nashville, which I highly recommend! It’s across the river from downtown, but smack dab in the middle of a bunch of great restaurants, bars and coffee shops. And if you’re looking for a few more recommendations from the locals, check out this list of the 30 best things to do in Nashville as told by local Airbnb hosts. 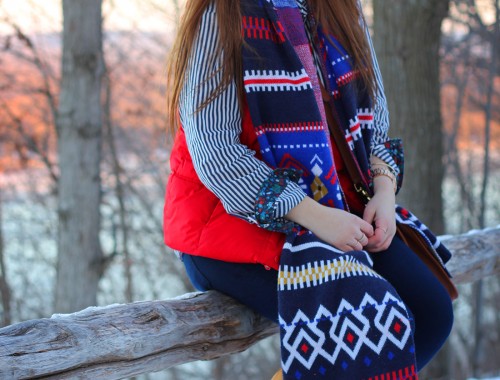 Sunset on the Mississippi