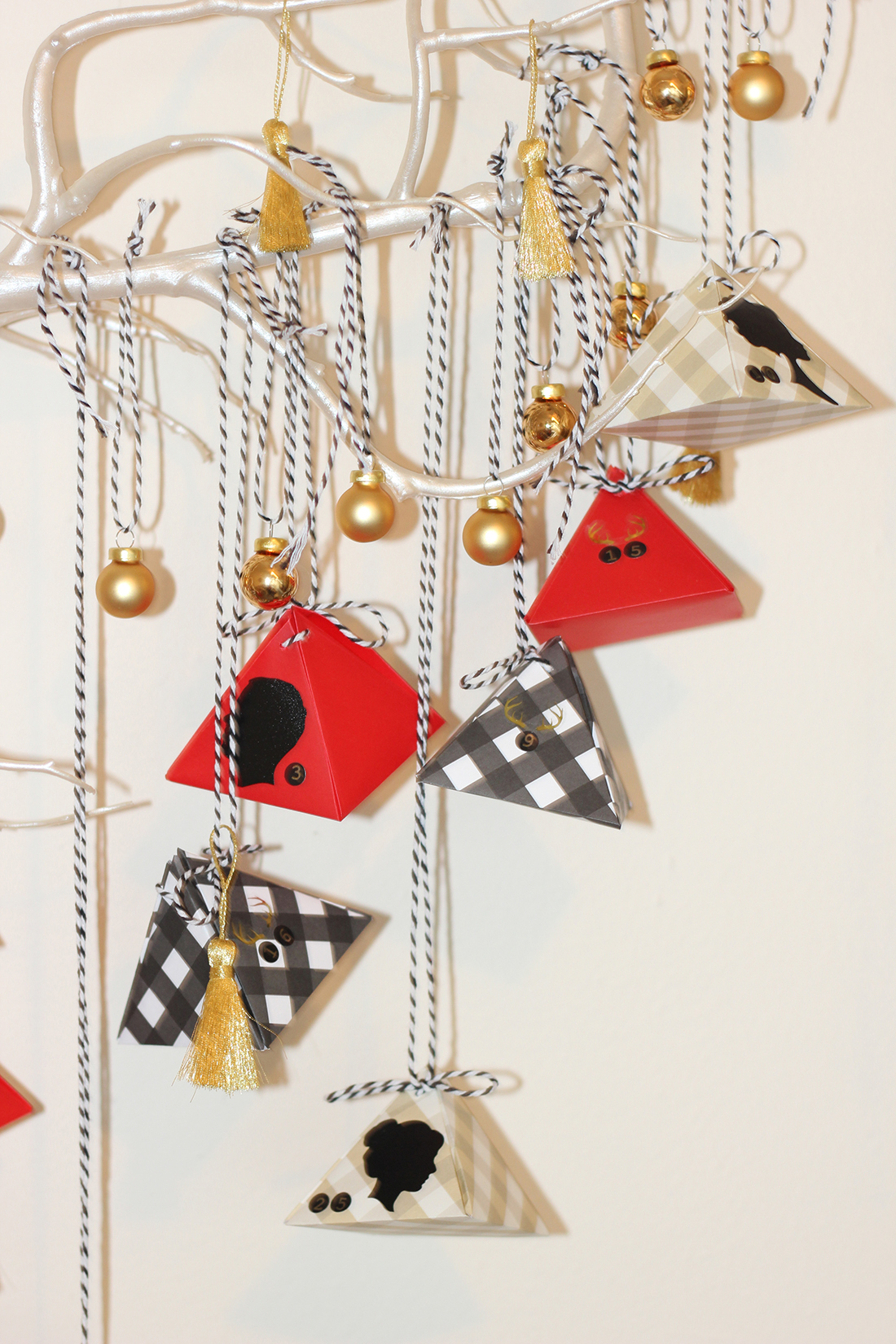 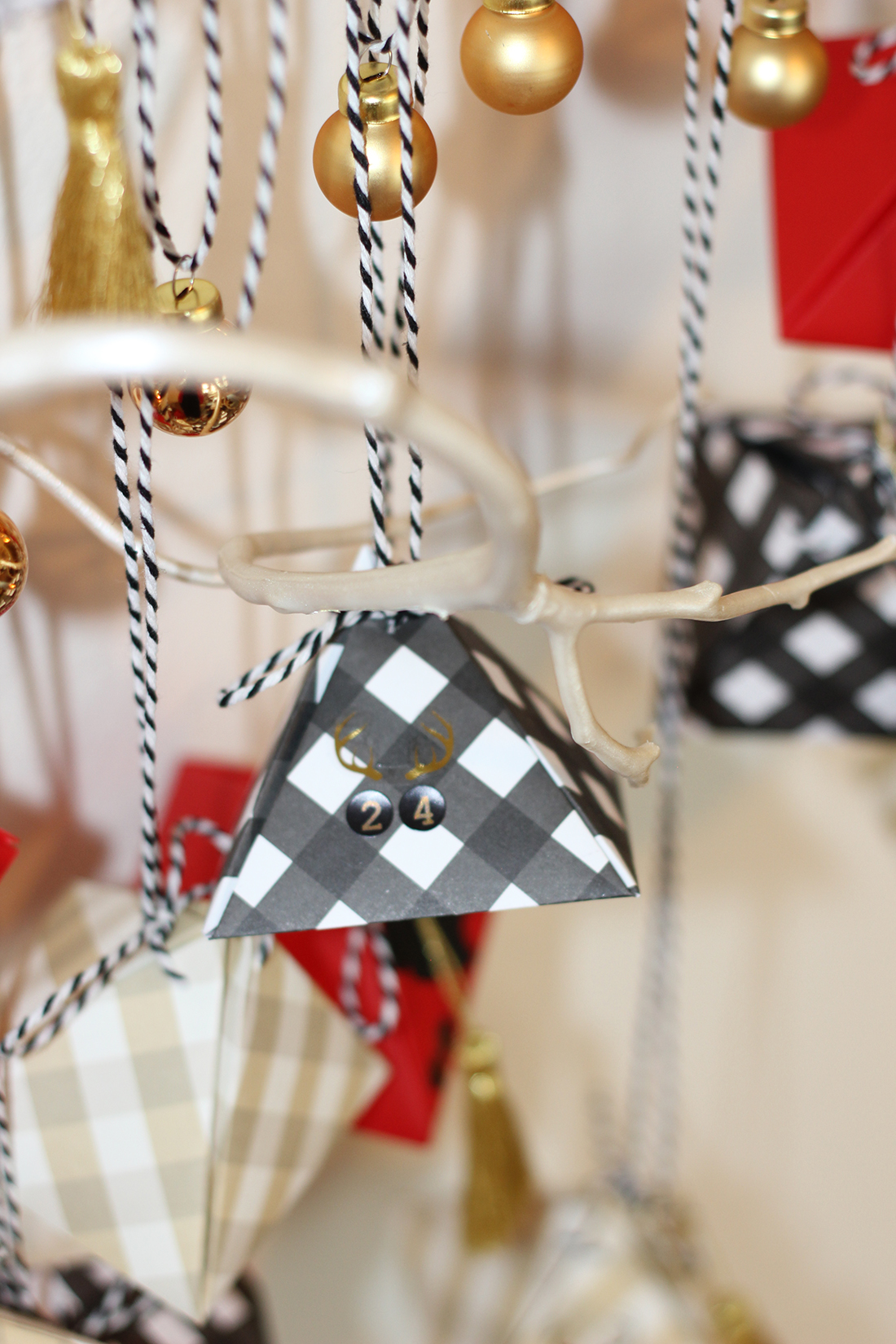 Like beer, sausages and television, the advent calendar has German innovation to thank. Following the 19th century Protestant tradition of heralding each day in December with a chalk mark on the door or freshly lit candle at night, a German printer named Gerhard Lang created the first printed cardboard advent calendar in the early 1900s. He later outdid himself by inventing the first version that featured little doors that open, much like the current versions for sale at your friendly local Trader Joe’s. For the first half of the 20th century, advent calendars remained a primarily German tradition, and it’s rumored that advent calendars became popular in America only after a newspaper story featured a picture of President Eisenhower’s grandkids playing with one.

Although I have a special place in my heart for the traditional, this year I decided to strike out on my own and create a calendar from scratch. Yes, this may have something to do with the fact that I currently live 126 miles from the nearest TJ’s (but who’s counting). However: I really did enjoy the ritual of making each box, filling them with candy and hanging them from my pretty little tree branch while listening to The Nutcracker Suite on my record player. It’s the perfect way to usher in the season and it adds a bit of excitement to the everyday. 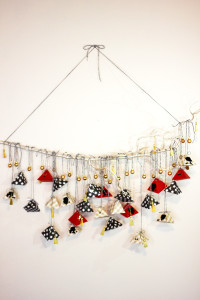 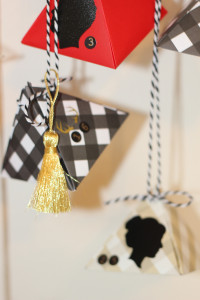 For this project, you’ll need the following:
• a branch (I found this one in the seasonal section of IKEA, but you could just as easily spray paint a branch from your backyard)
• pretty twine
• an assortment of decorative papers, enough to cut out 25 boxes
• mini bulb Christmas ornaments (I used two packs of these)
• gold tassels
• lots of stickers (I got mine at Hobby Lobby) 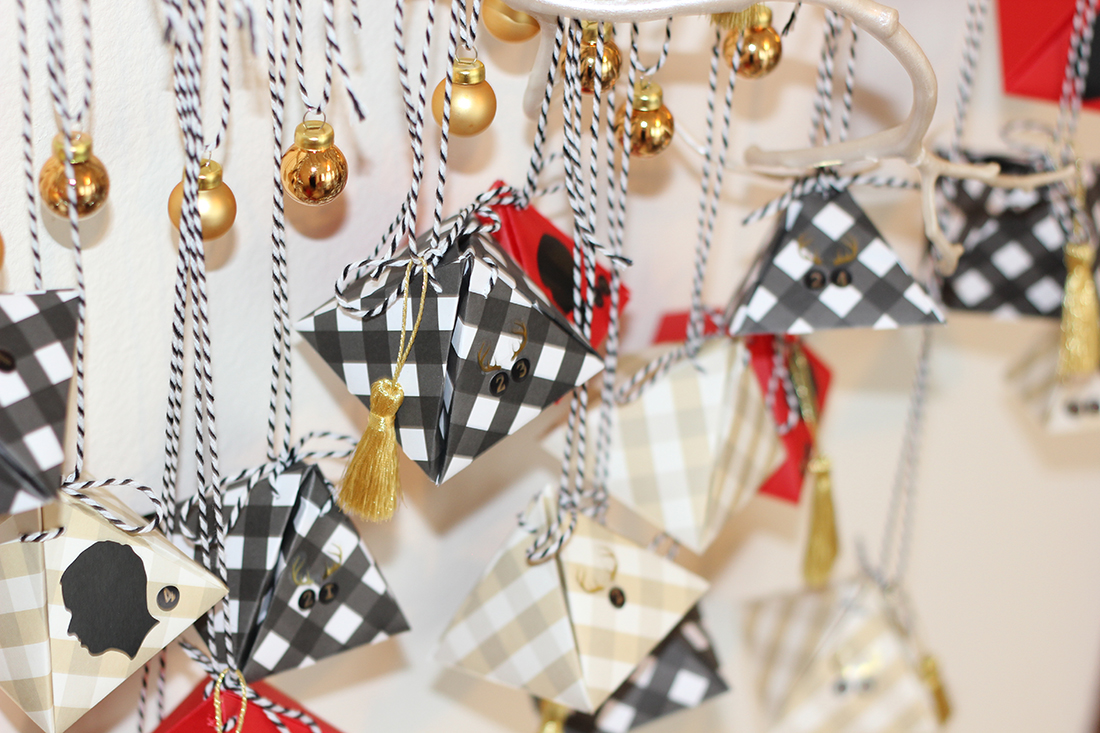 1. The first—and most time-consuming step—is tracing, cutting out and assembling all your little paper boxes. I found a great template here and printed it out on cardstock so it would be easy to trace. Then, I put on my current favorite show and went hard-core assembly line. I traced all the boxes, cut all the boxes and then folded all the boxes with some Christmas candy inside. I love that this template doesn’t require any adhesive, so if you’re careful, these boxes can be opened and refilled several times before they’re goners.

Remember to use plenty of string when tying the boxes together. This will allow you to vary the length they hang from the branch when you’re putting the whole calendar together.

2. After you’re done assembling all the boxes (go you!), it’s time to start building the calendar itself. Cut two long lengths of twine and use a slip knot to loop each length around one side of the branch. Tie the sides together with a pretty bow in the middle and hang the whole thing from the wall. It’s much easier to attach everything else if the calendar is already hanging in the place where you are planning to display it.

3. Start adding the boxes  to the branch. Be sure to vary the heights and colors as you go, but don’t try to make it look too perfect—I like how charming and crowded the finished product looks. Every few boxes, add a gold tassel to the string before tying it on.

5. Finally, add the stickers! I started by adding some pretty silhouette stickers (because I’m currently obsessed with vintage cameos) to some of the boxes. Then, I numbered all the boxes in random order, since I think half the fun of an advent calendar is searching for the right box to open. I topped some of the numbers off with little golden antler stickers for a festive finishing touch that reminds me of magical reindeer. Maybe next year I’ll hide a baby carrot in the Christmas Eve box for Prancer.

6. Now all that’s left to do is find someone (kids are great, but boyfriends and friends work too!) to open a box each day and enjoy a delicious treat while we count down to Christmas. 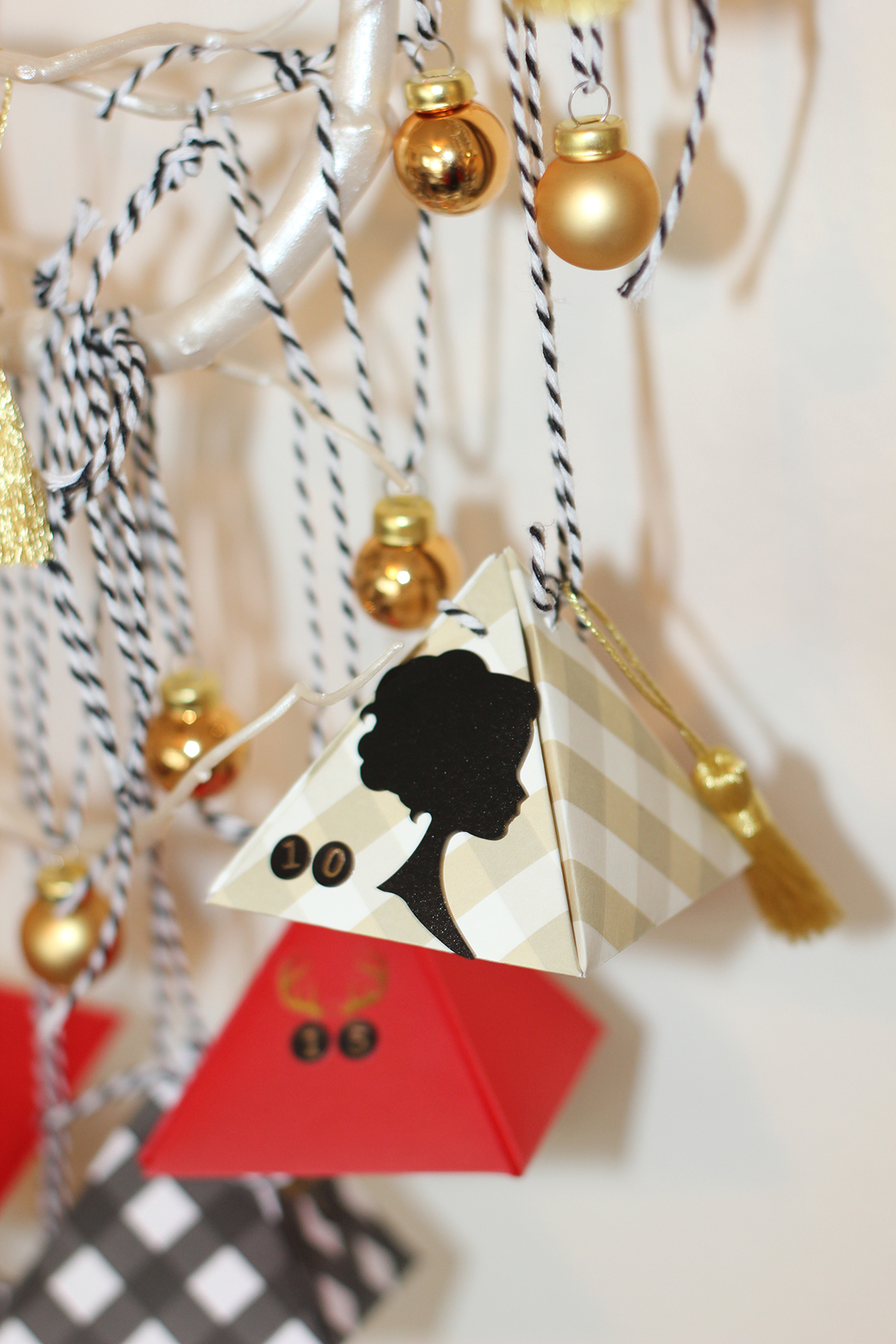 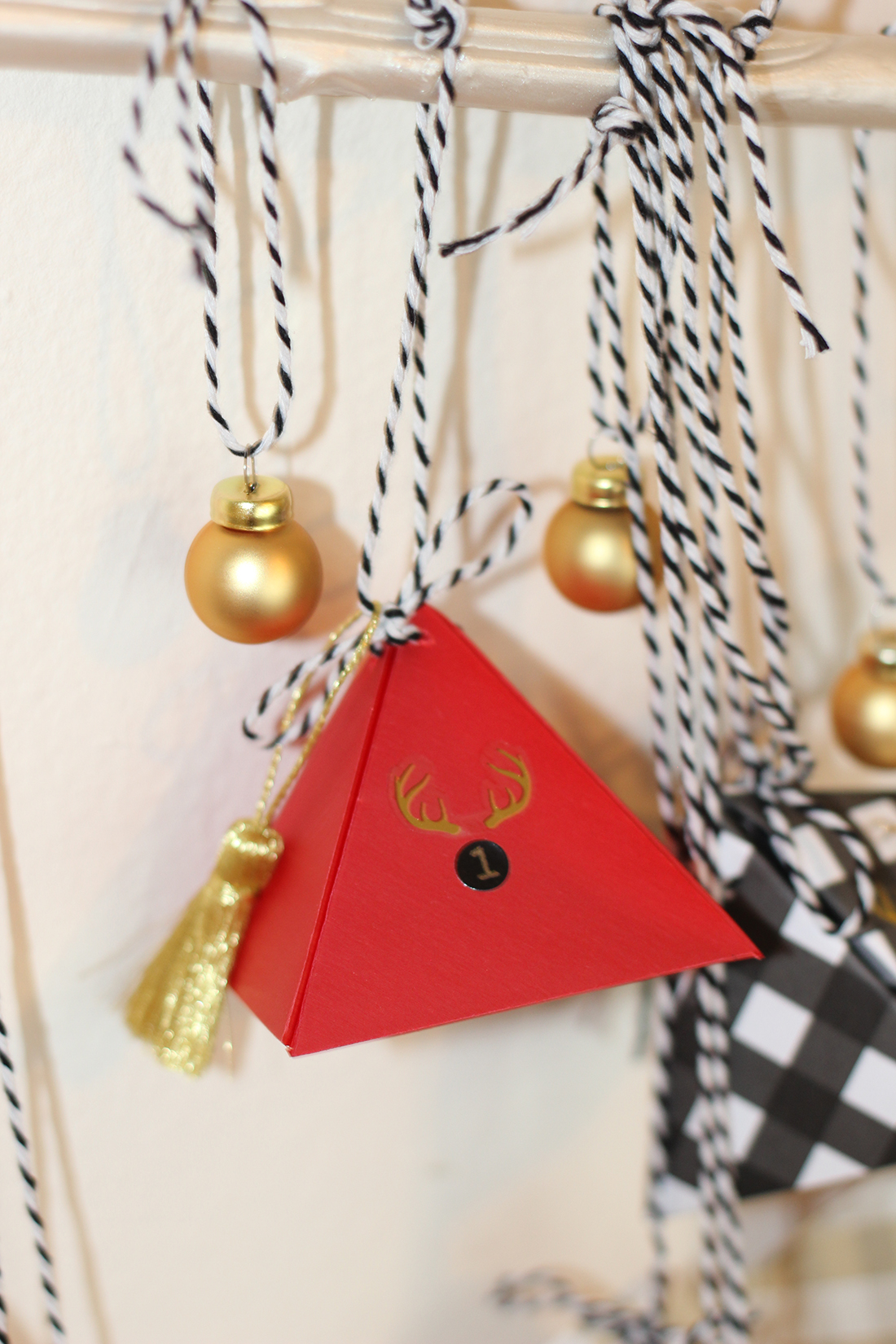 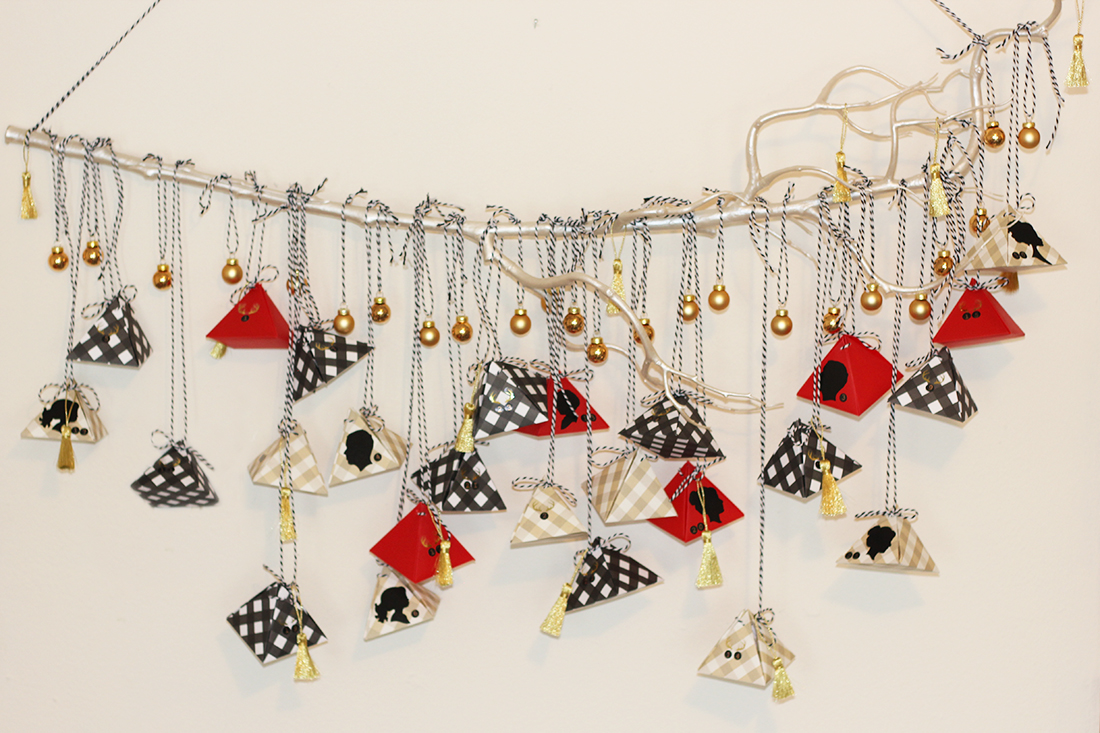