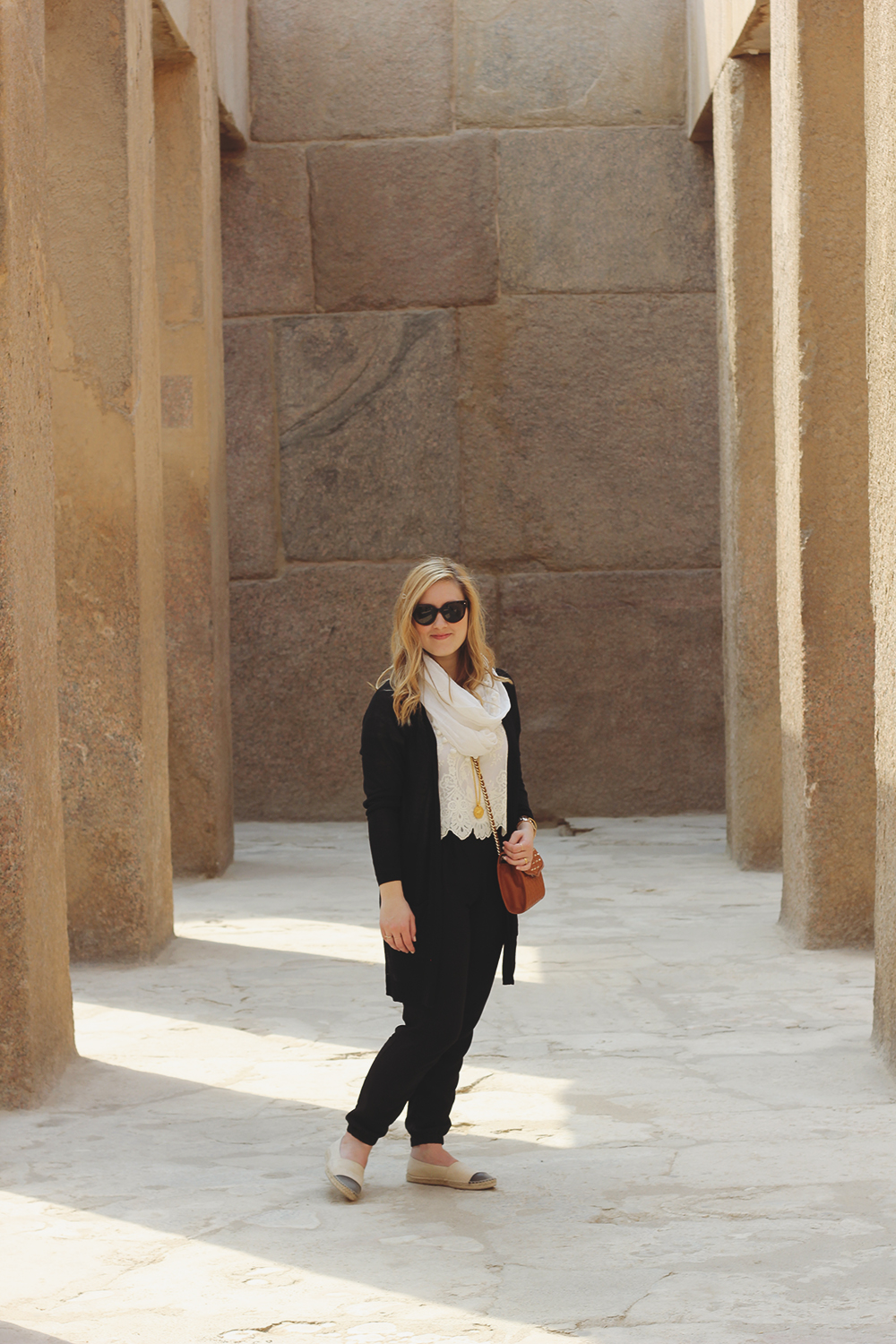 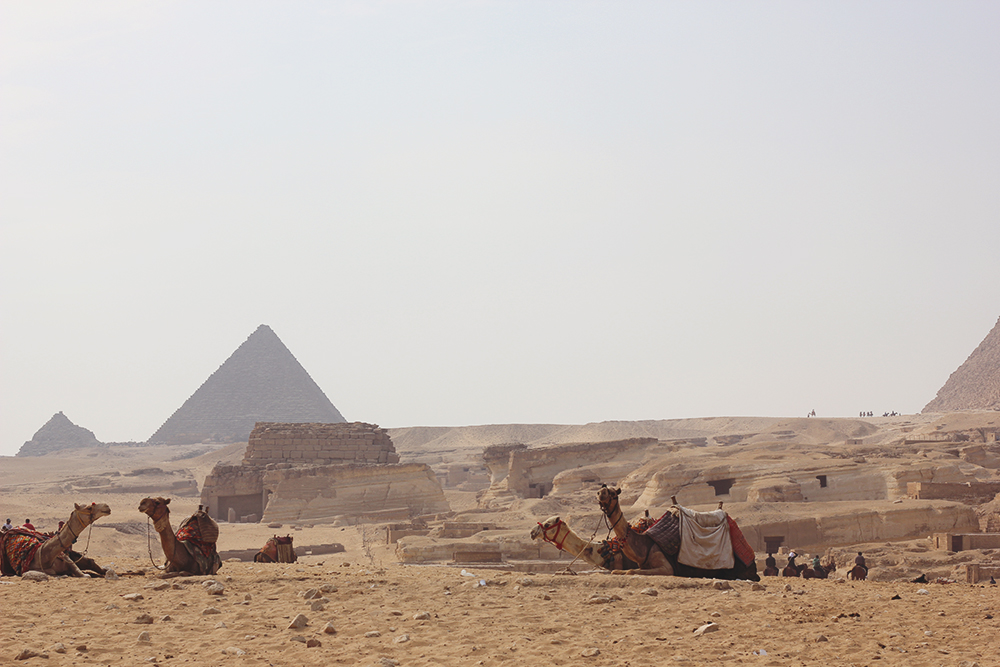 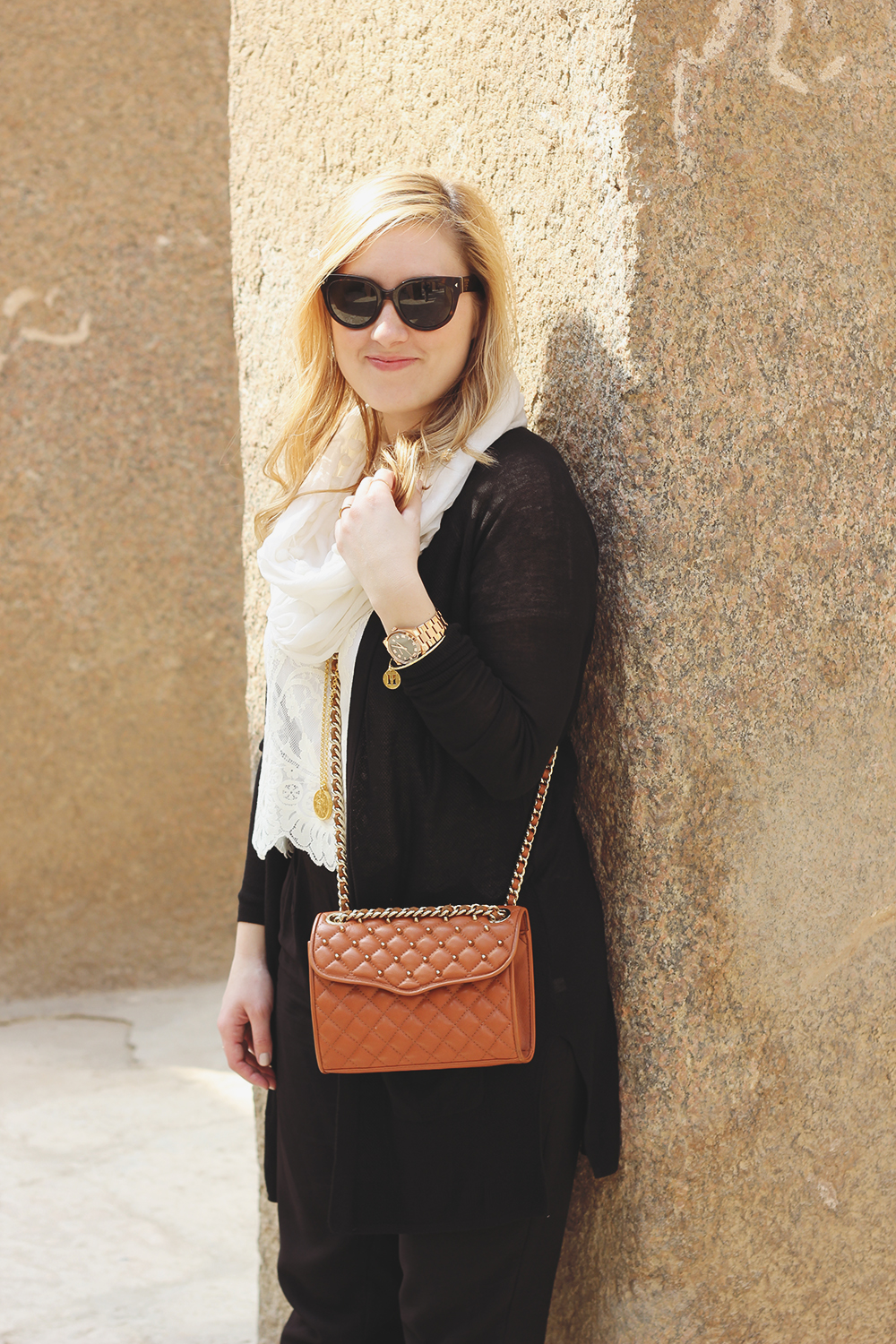 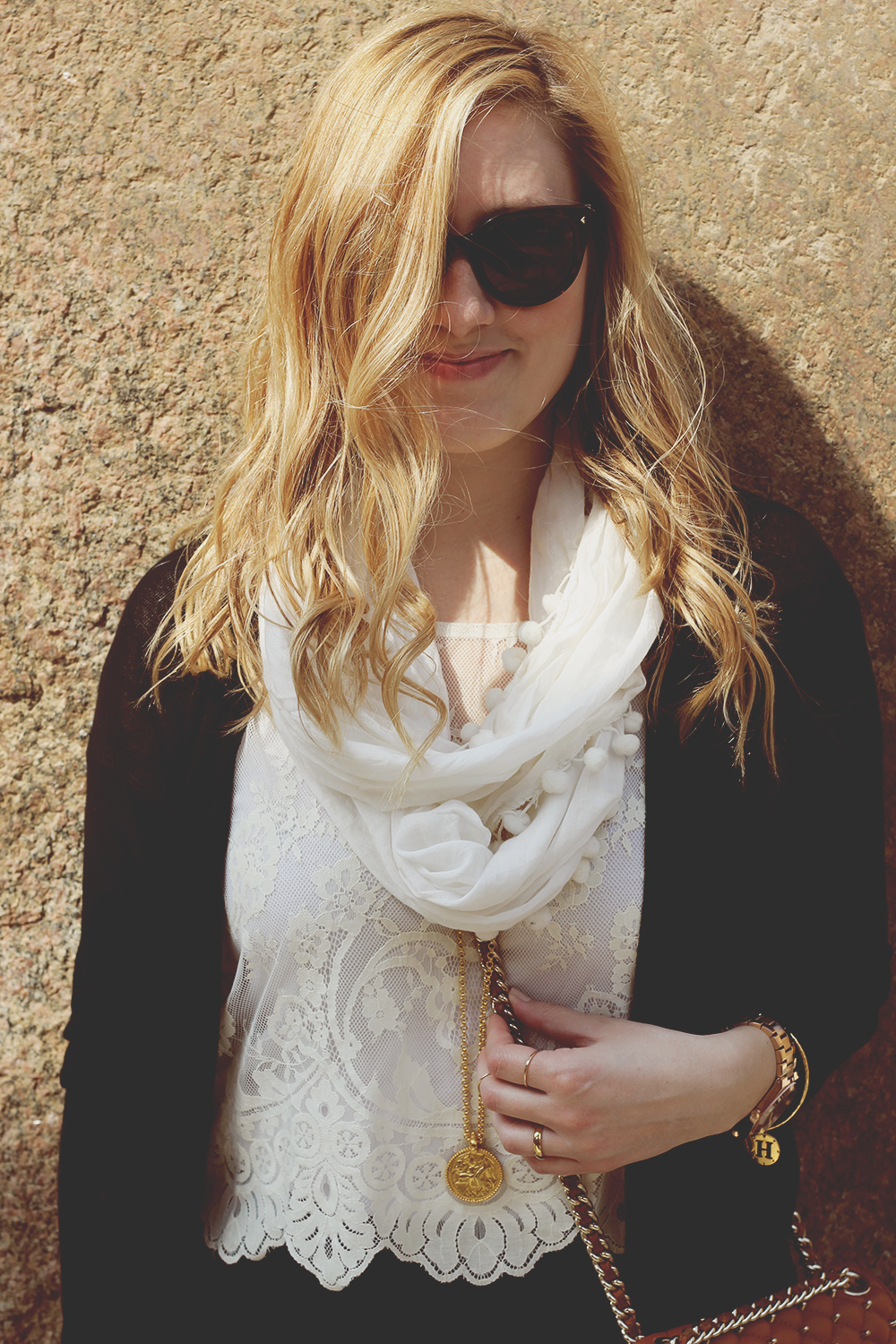 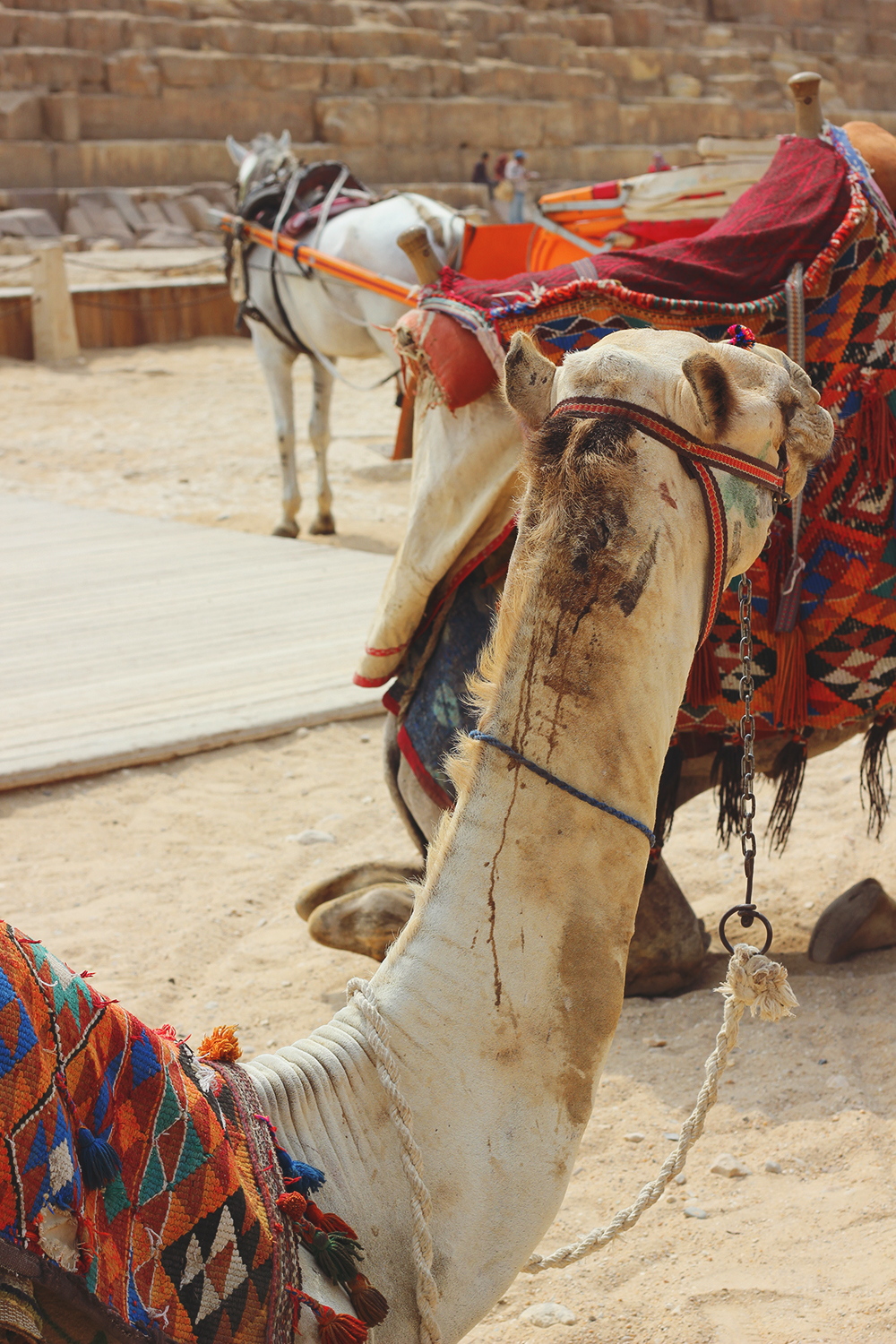 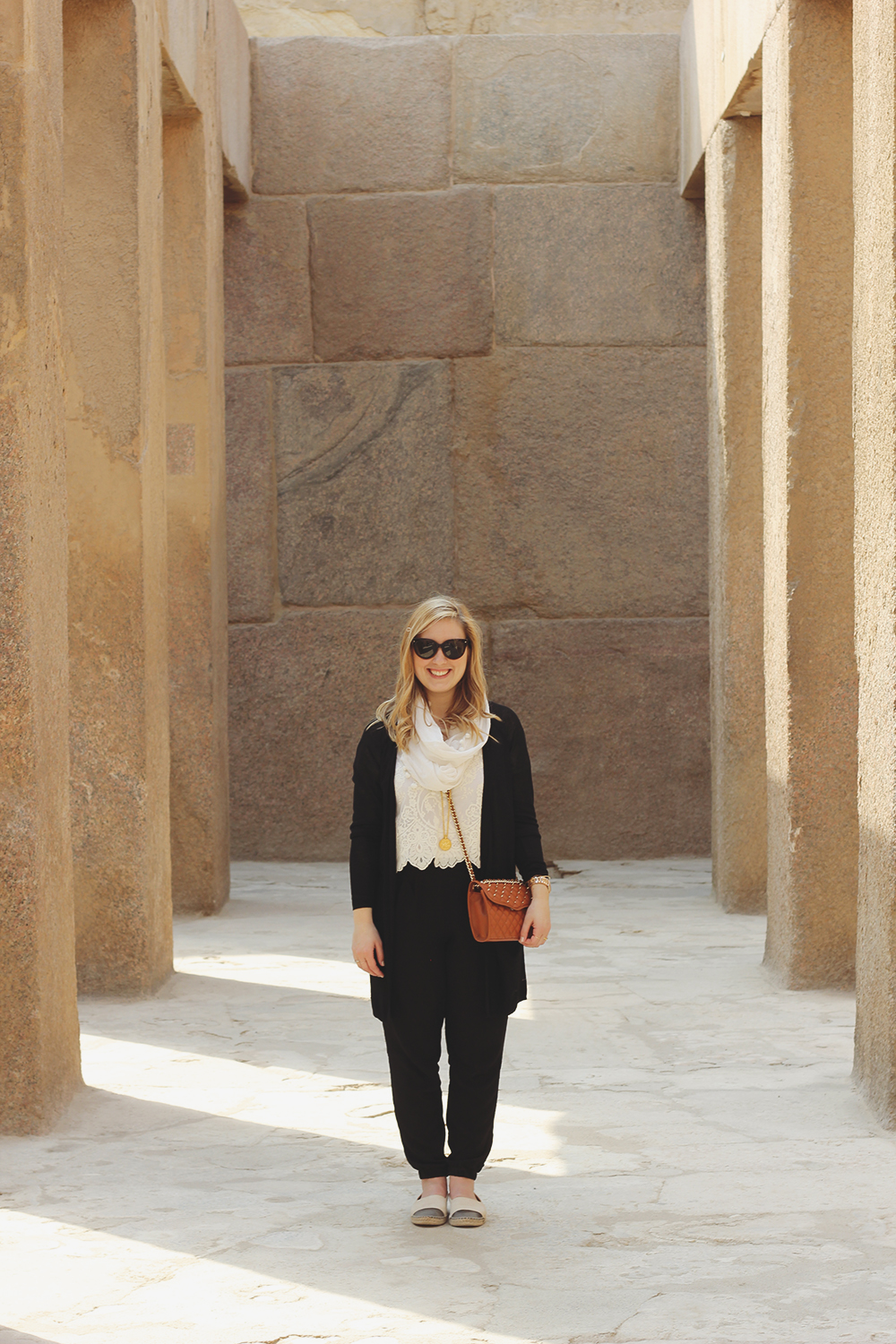 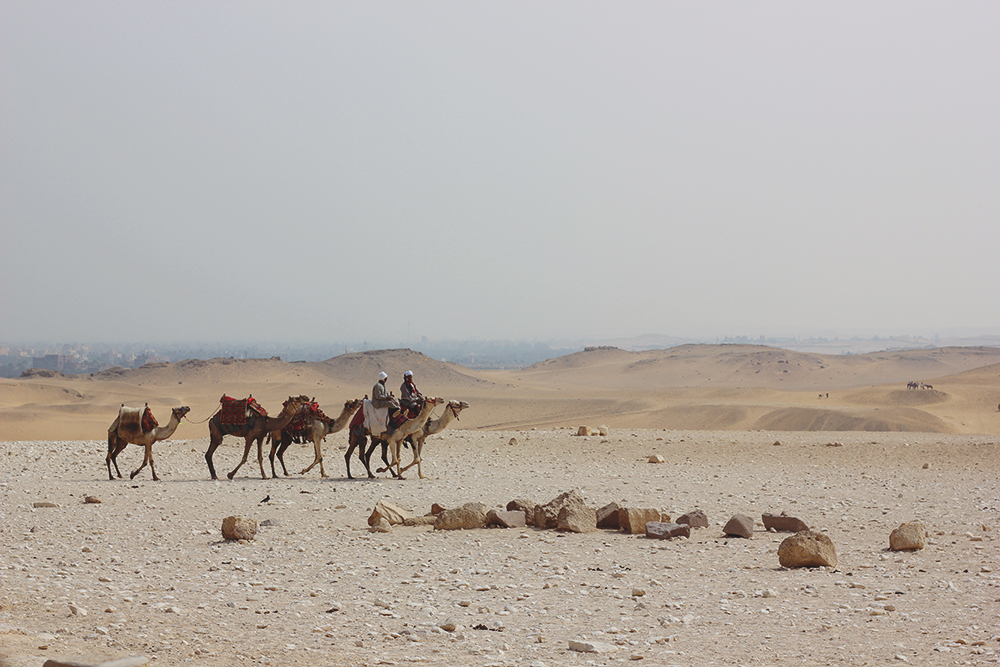 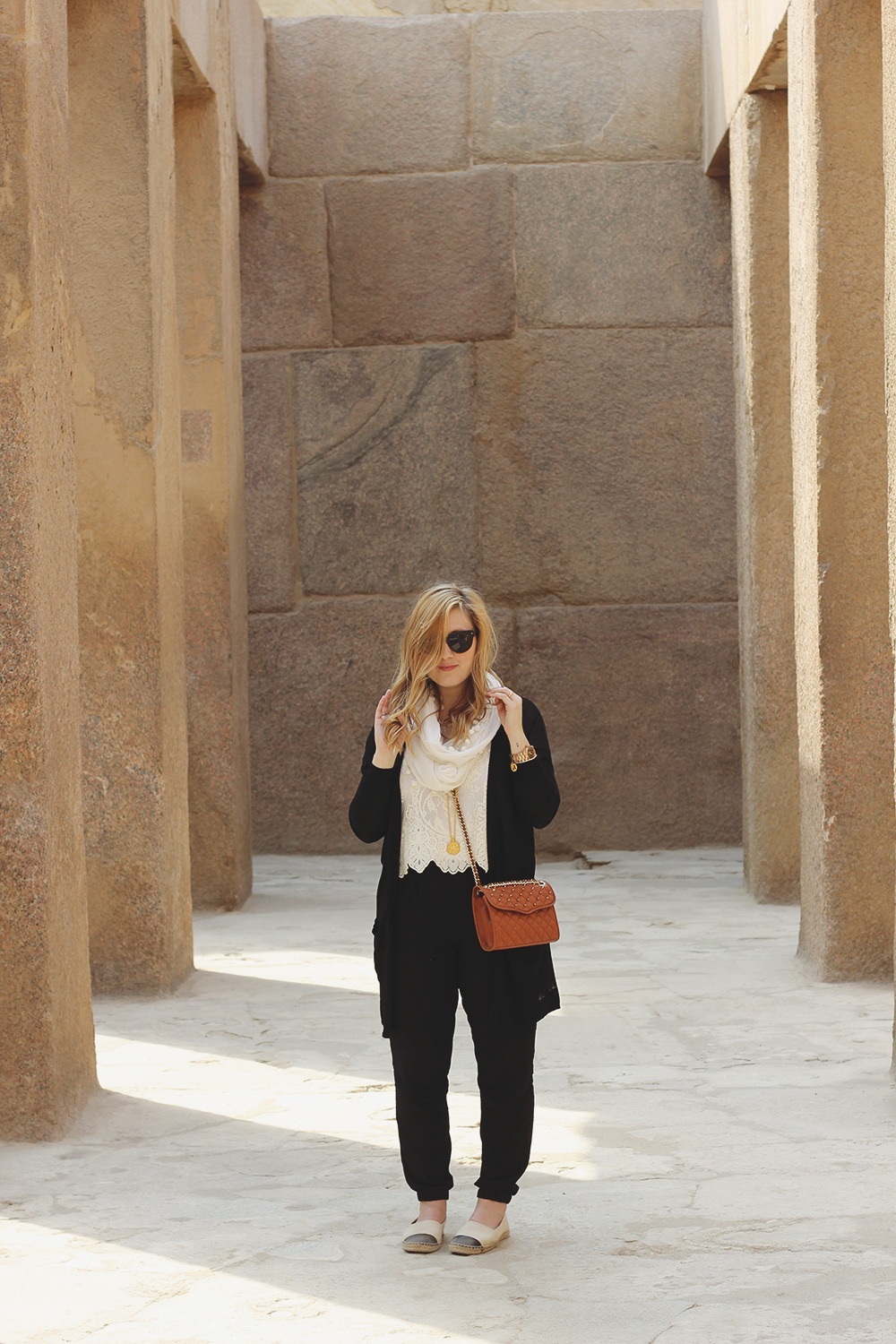 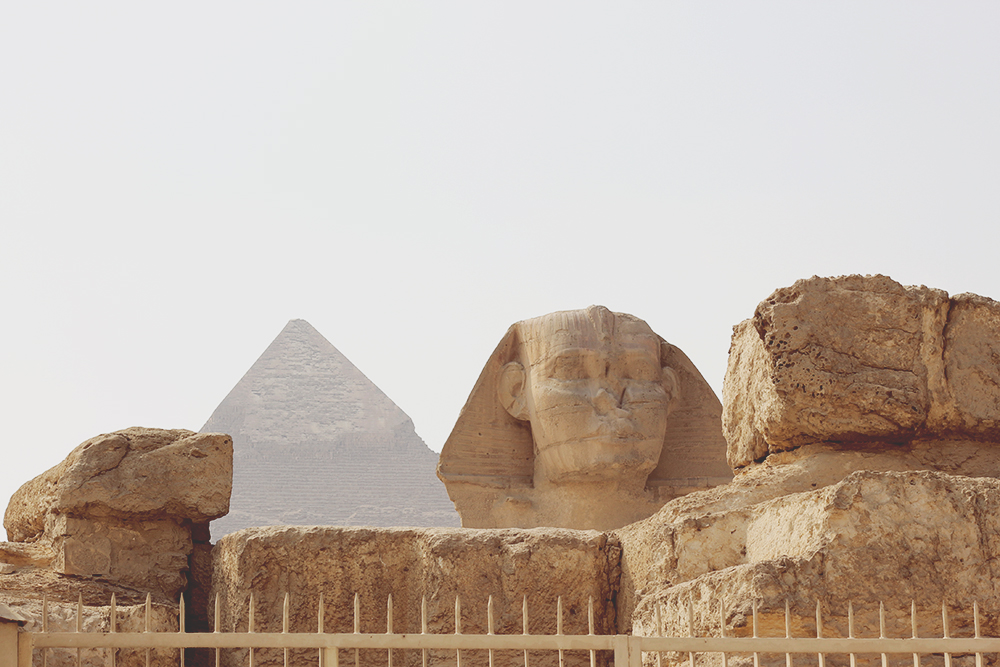 When you visit Cairo, you have to visit the pyramids. And although the tour seems almost routine from the start, the minute you drive up the hill and approach the massive necropoli, the atmosphere shifts. Yes, the pyramids are missing most of their outer layers, not to mention the maze of lush rivers, walkways and temples that once linked them, but the massive structures retain their pleasantly imposing air. It’s dizzying and wildly entertaining to imaging oneself smack dab in the middle of ancient Egypt, when the pyramids were in their element.

Now, they’re surrounded by hordes of ambitious camel and horse riders, who jockey loudly for the attention and money of tourists from all over the world. Having never ridden a camel, I decided to cross that very jarring activity off my bucket list and took a turn around the area on an old specimen name Michael Jordan. Post camel ride we did a little bit of illicit climbing (the temptation to ascend all the way to the top is strong), ate some fool and tameya sandwiches and then ambled down the hill to rest at the feet of the Great Sphinx of Giza.

The columns pictured above belong to the ancient temple that sits on a sunken terrace about eight feet below the base of the sphinx. Although the crumbling limestone stones of the temple lay in partial ruin now, they were once covered in pink granite with a floor paved entirely in pale, precious alabaster. What a sight that would have been.