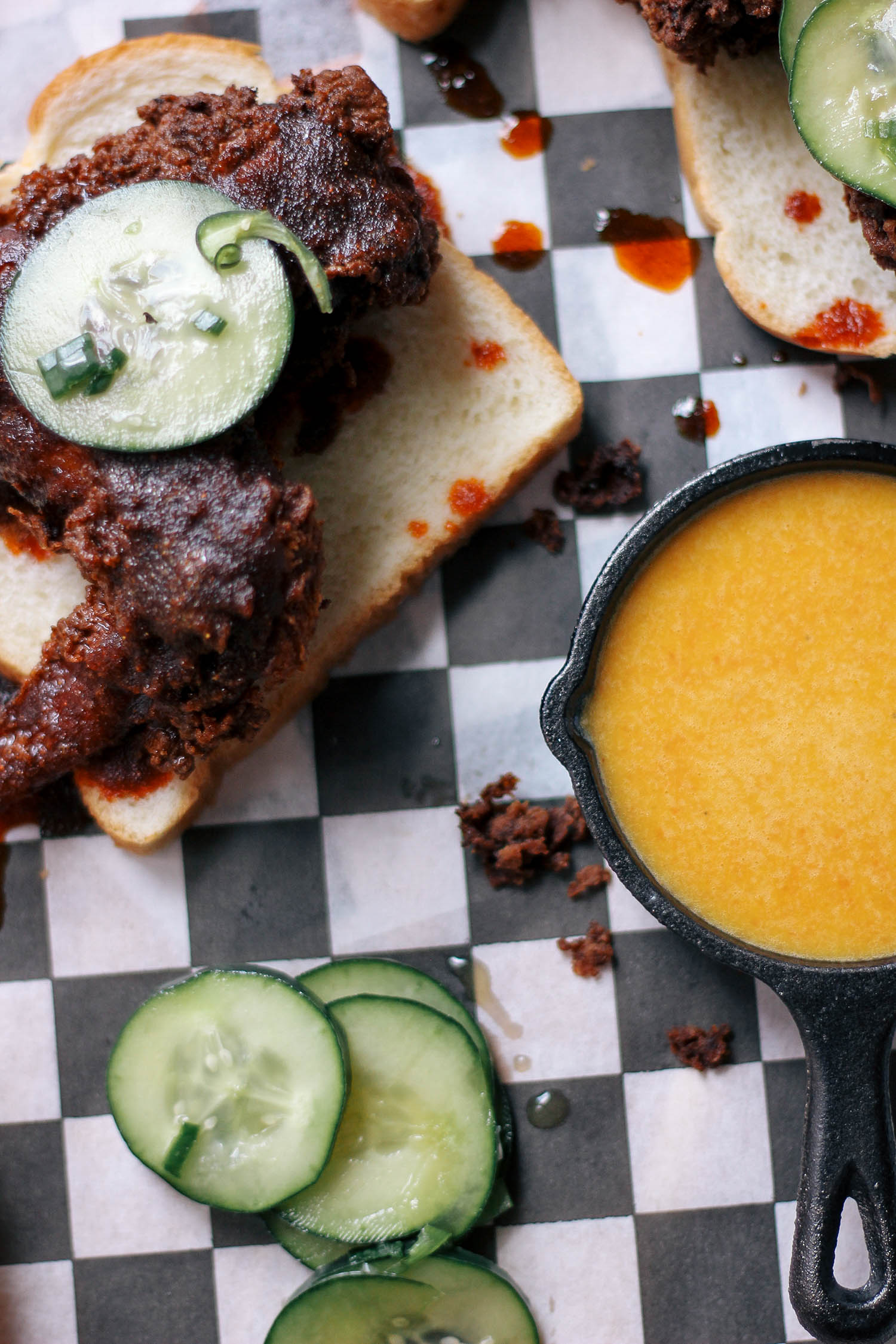 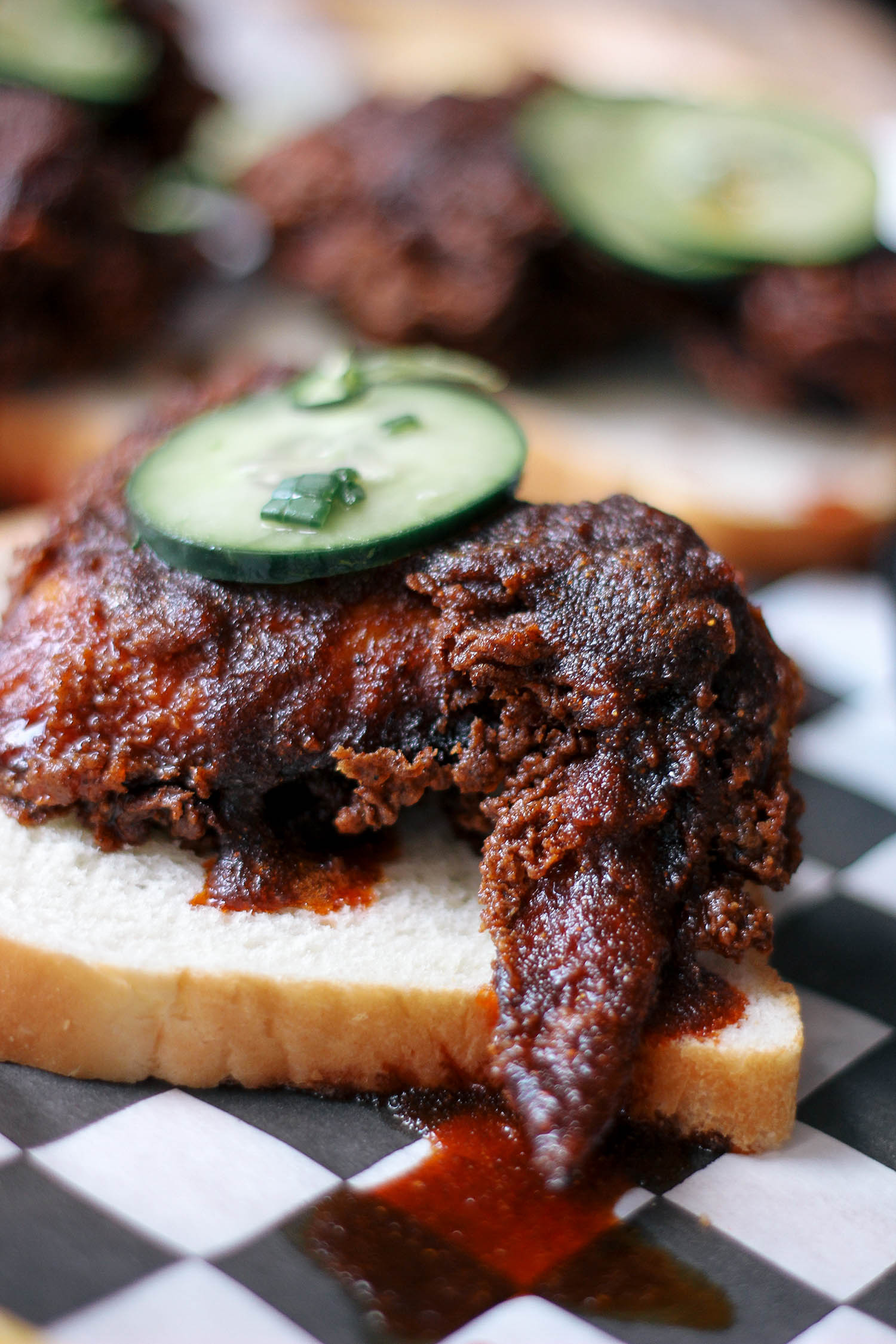 It’s almost Super Bowl time, y’all. And here’s the thing about that: this is the one day out of the year that even those who are generally about as interested in football as Ina is in men who aren’t Jeffrey will willingly plop themselves in front of the television for a good three hours to commune with those friends and spouses and boyfriends who can quote Julio Jones’s receiving yards at the drop of a hat.

The spectacle of the half-time show draws people in, sure, and so do the multi-million dollar commercials, but let’s get one thing straight right now: the number one reason the sports-averse people in our lives are willing to put aside their distaste for men running into each other on purpose is the food.

Any Super Bowl viewing worth going to will have at the very least some chips and beer for you to snack on. Your average party might boast a veggie plate, some pizza and a tray of football-topped cupcakes. And that’s great. I would be very happy at that party. But if you’re coming over to my house, you’ll be snacking on some seriously delicious teriyaki hot chicken wings.

When I was thinking about what I wanted to make for the Super Bowl, I kept coming back to wings. They are, after all, the number-one ranked football-watching food and my brother/roomie loves them. But I didn’t want to just fall back on the classic Buffalo flavor. Instead, I reached for my very favorite form of fried poultry: Nashville hot chicken. If you’ve been to Prince’s or Hattie B’s in Music City then you know what I’m talking about. If you haven’t, go watch this real quick. I’ll wait!

Ok, so we’re all on the same page regarding the cayenne-doused deliciousness that is hot chicken. Now let’s add a bit of my new hometown’s flavor to the mix. People who haven’t spent much time in Seattle might be surprised to find out that teriyaki is our (and I use that possessive pronoun loosely) equivalent of San Francisco sourdough or the New York bagel, although somewhat less gluten-y than both of those offhand examples.

You see where I’m going with this, right? A couple glugs of soy sauce here, a few tablespoons of teriyaki sauce there and we are well on our way to what I have dubbed the teriyaki hot chicken wing. Round out your buffet table with some slices of white bread to soak up the sauce, some Japanese quick pickles and a bit of carrot-ginger dipping sauce to tame the heat and you’re well on your way to a great Super Bowl Sunday. 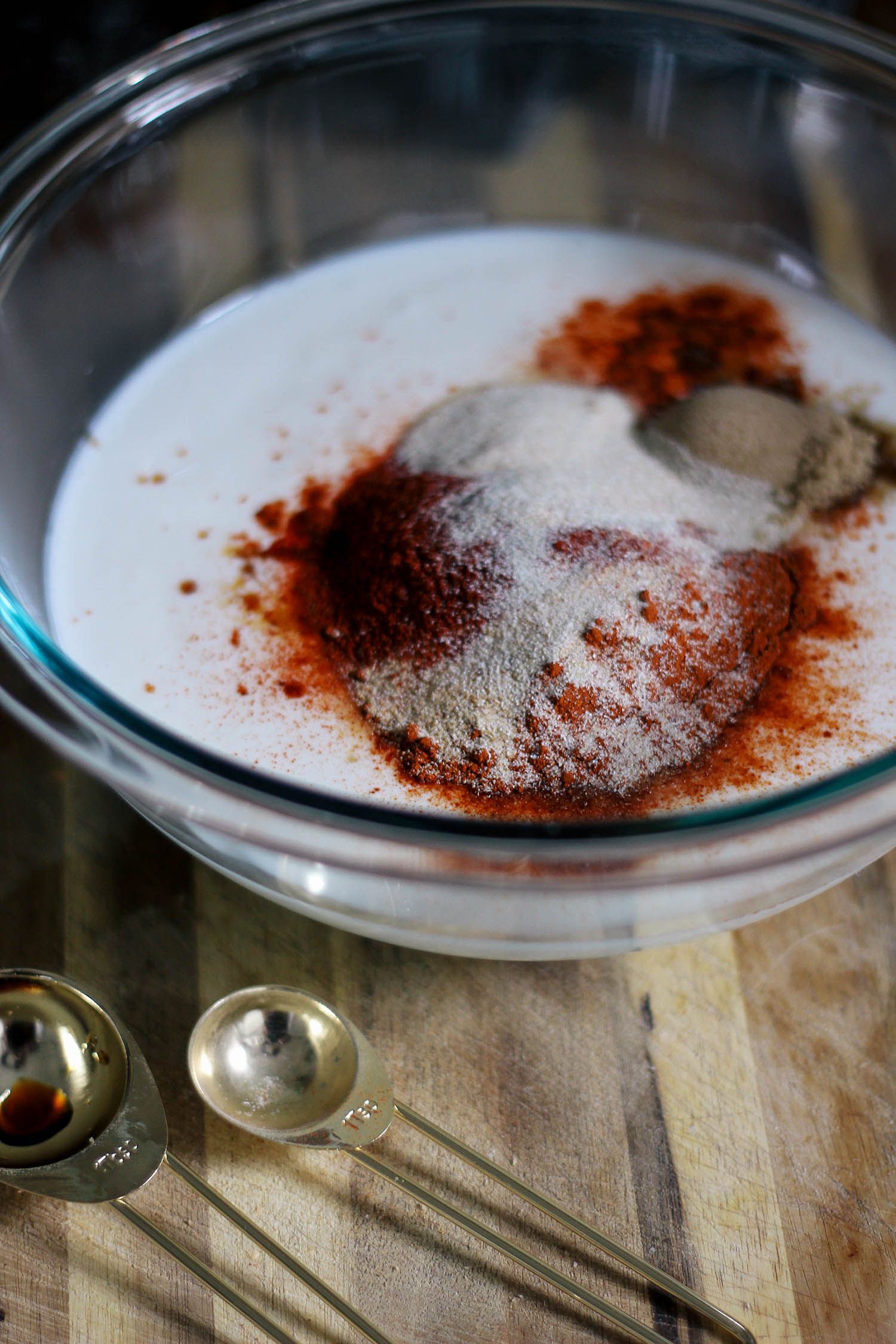 1. Combine buttermilk, 2 Tbsp soy sauce, 1⁄4 cup cayenne, 3 Tbsp each granulated garlic and paprika, 2 Tbsp onion powder and 1 Tbsp brown sugar in a bowl; whisk until smooth. Add chicken and toss to coat; cover and chill at least 4 hours or up to overnight.

2. When you’re ready to cook the chicken, heat 2″ oil in a Dutch oven until a deep-fry thermometer reads 300°.

4. Working in batches, pull chicken out of the buttermilk and let the excess drip off. Salt generously and dredge in flour mixture.

5. Fry, flipping once, until golden and almost cooked through, 7–10 minutes, or until an instant-read thermometer inserted into the thickest part reads 165°. Transfer chicken to paper towels.

6. Stir remaining cayenne mixture, teriyaki sauce and melted butter in a bowl then brush it onto the cooked chicken. 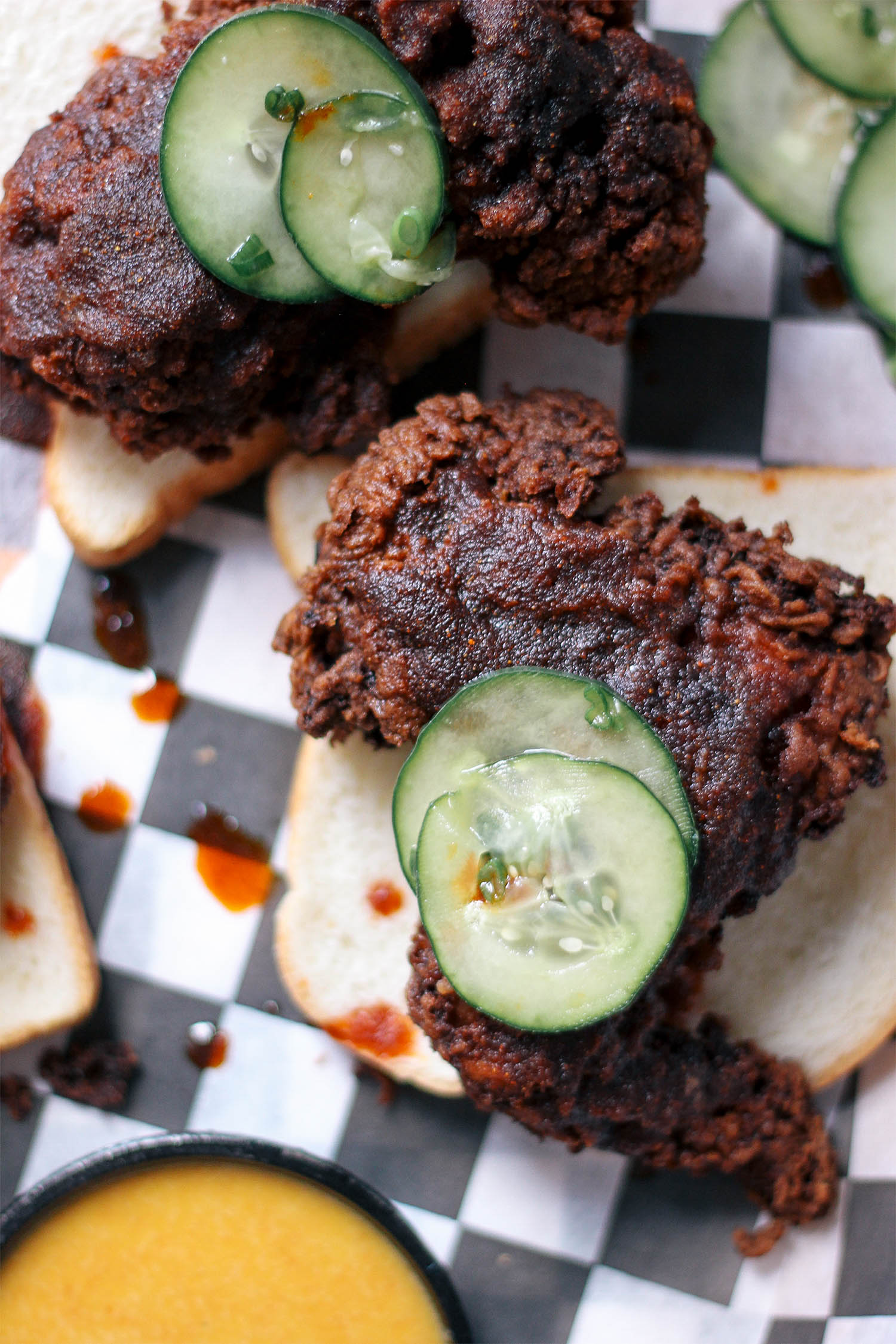 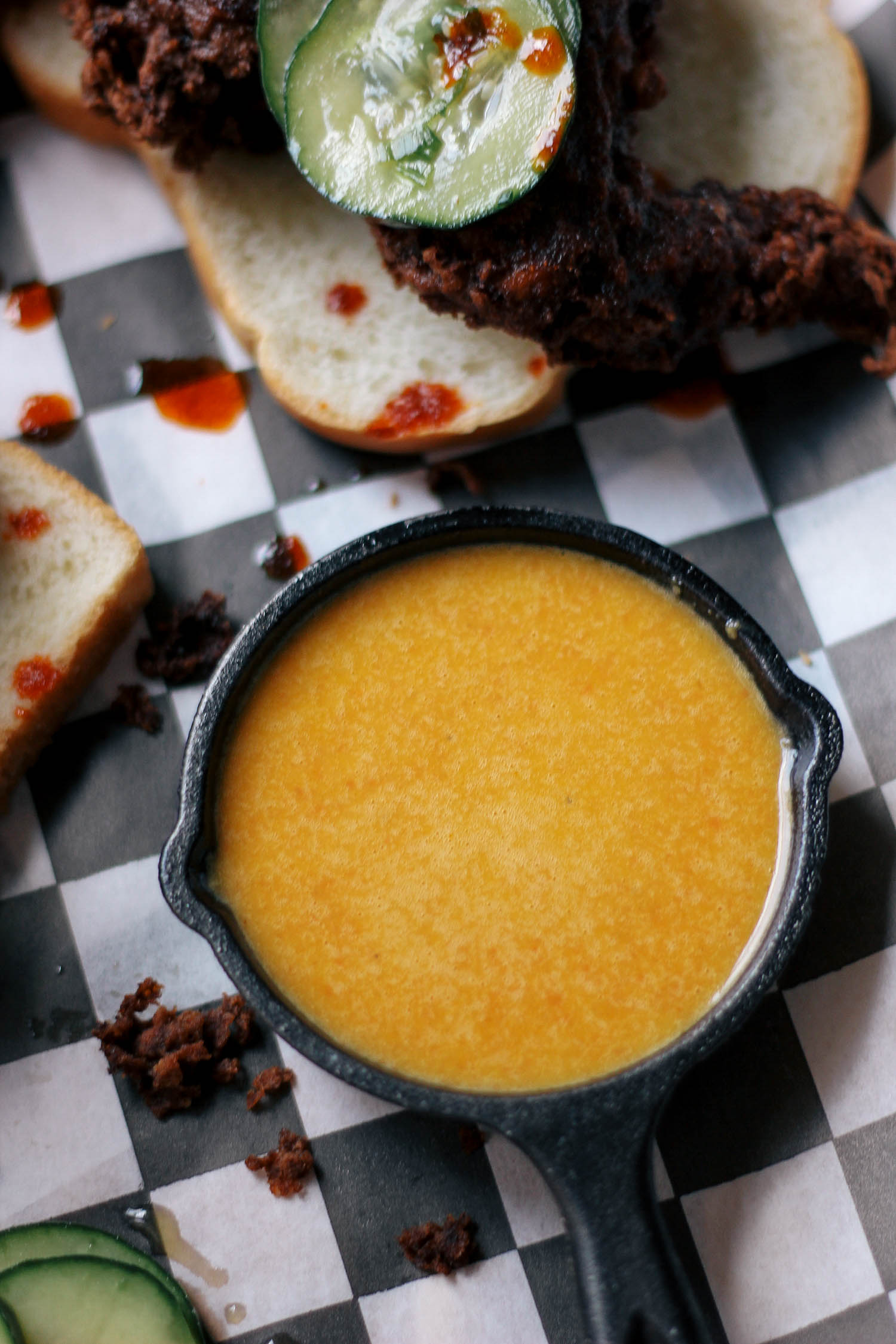 1. Combine all ingredients in a blender; process until smooth. Use any leftovers as a dressing for your next salad! 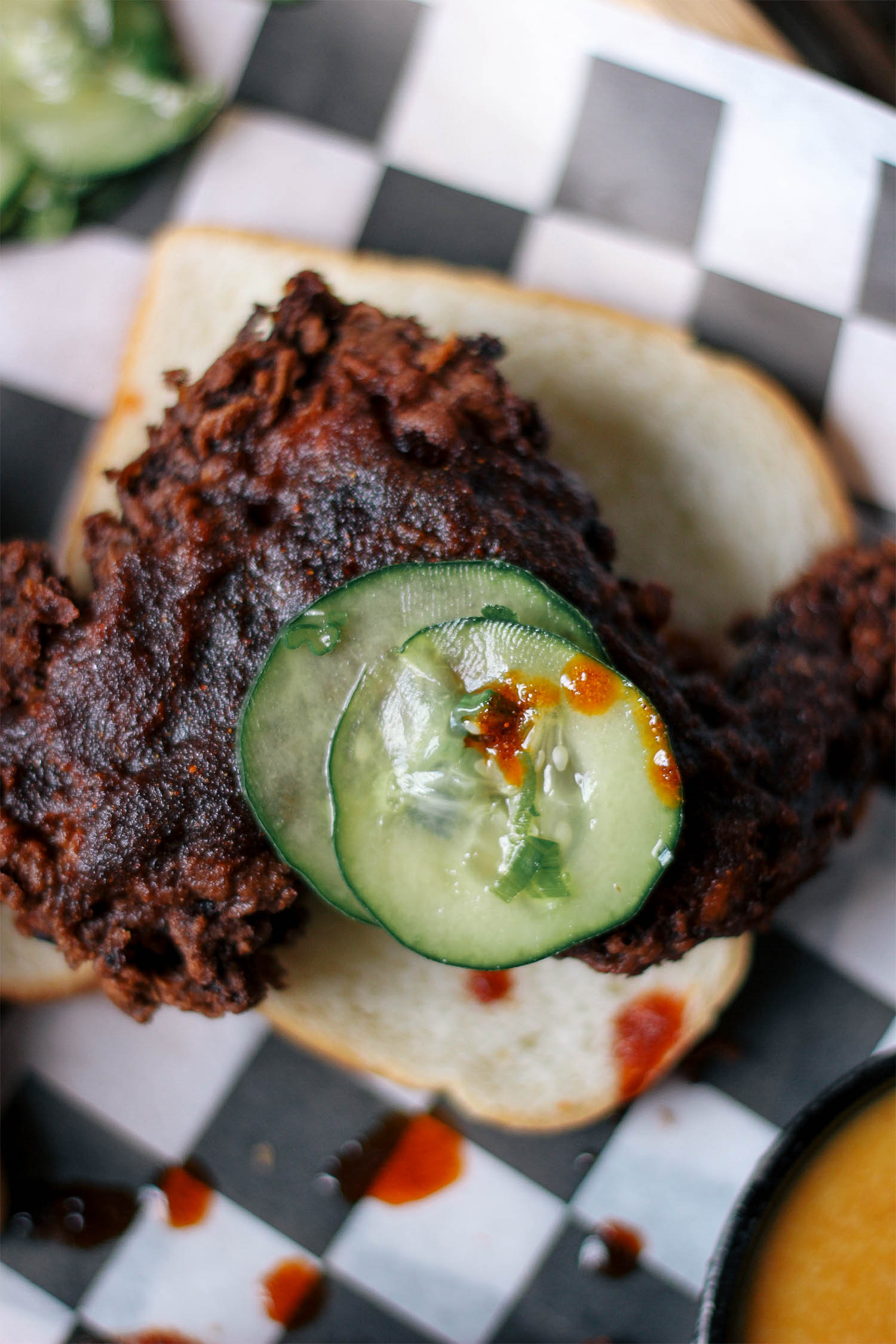 2. Combine cucumbers, scallions, vinegar, sugar and soy sauce in a medium bowl. Serve immediately or keep in the fridge for a week or two (if you haven’t eaten them all by then). 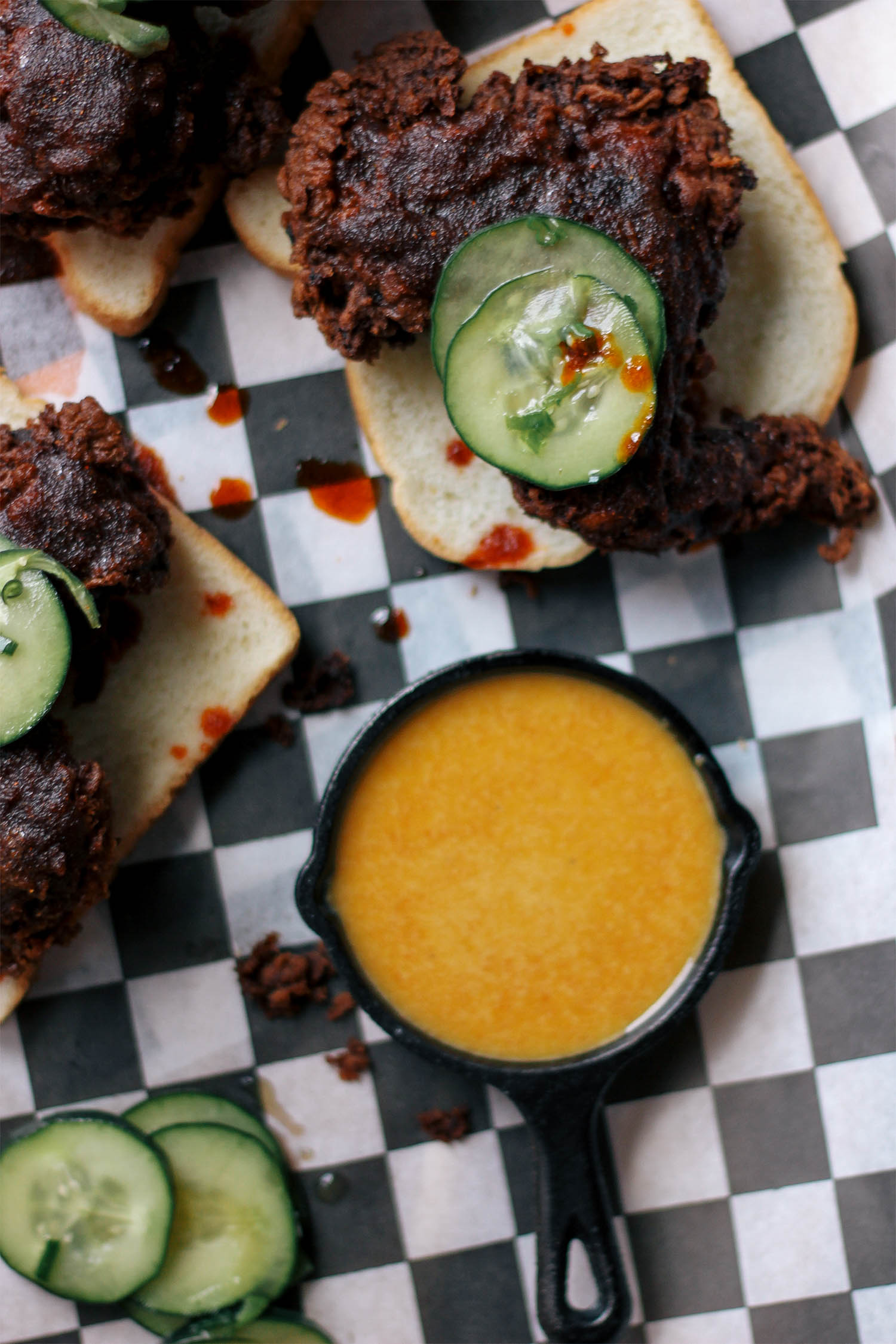 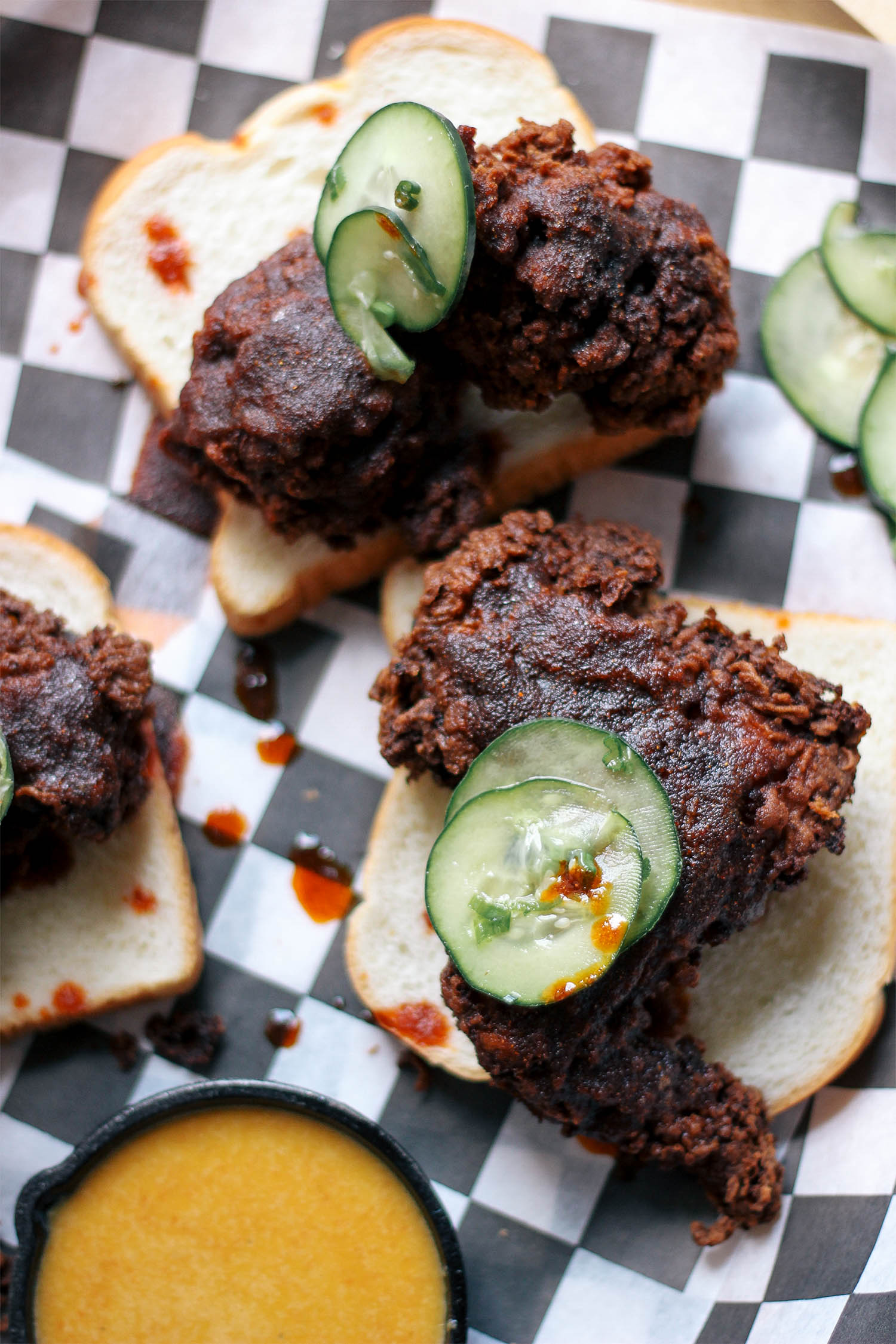 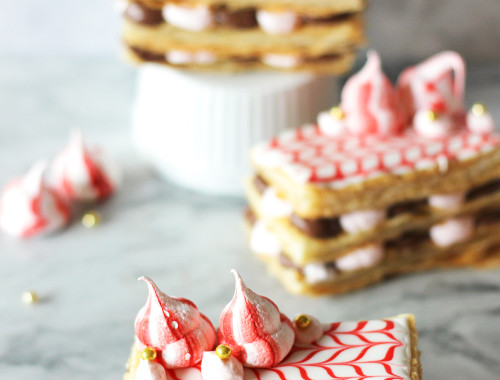 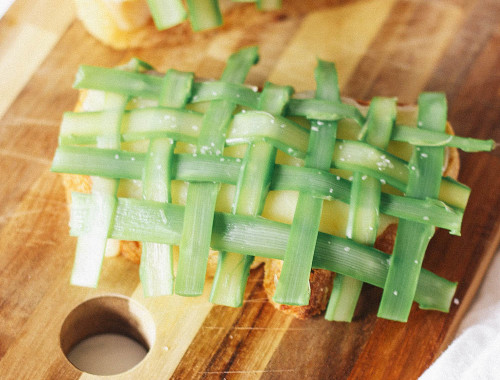 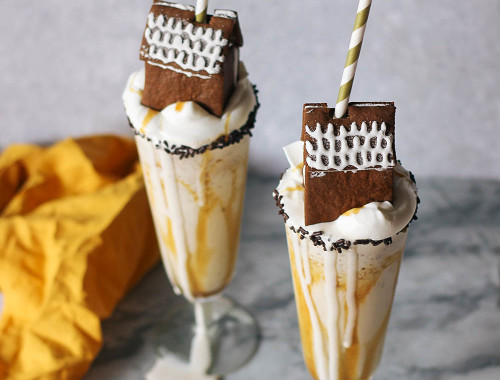